The replica was built as a film set for the 2000 blockbuster "JSA: Joint Security Area", a mystery thriller by renowned director Park Chan-wook. 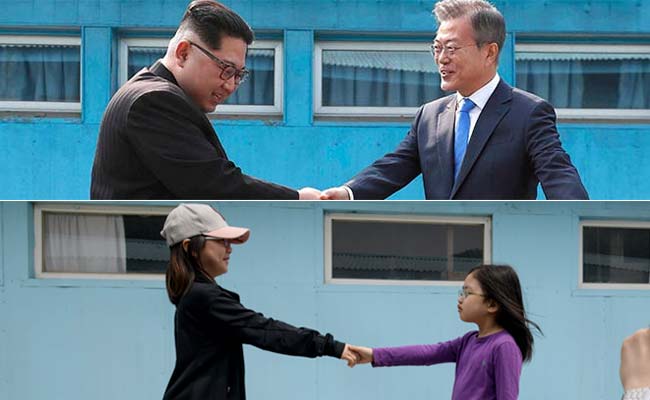 Seoul, South Korea: With access to the real DMZ restricted, tourists are flocking to a replica of the border truce village of Panmunjom to re-enact the scene of the leaders of the two Koreas shaking hands.

With a low cement block between them marking the "border", they shake hands as North Korean leader Kim Jong Un and South Korea's President Moon Jae-in did when they met at Panmunjom on April 27.

Many visitors joined hands and hopped over the mock Military Demarcation Line to the "North" and back, re-enacting the scene that was broadcast live.

"My children urged me to come here after they saw the the famous scene on TV at school class," Park Sook-hyun, a 44-year-old housewife, told AFP.

Chung O-Chul, 46, said he came from the southern city of Changwon to see the replica and "celebrate reconciliation" between the two Koreas.

"But I was overwhelmed by this huge crowd", he said. 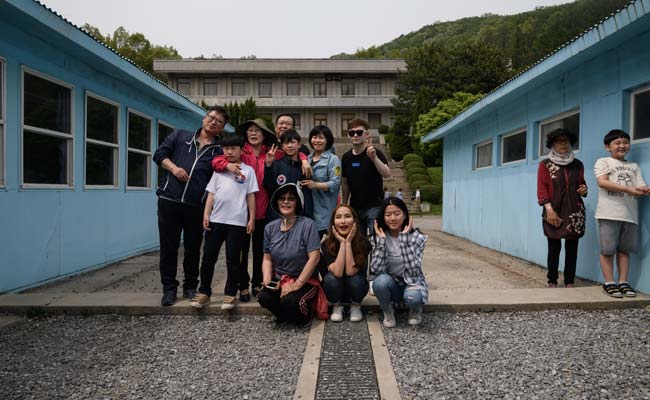 Panmunjom, known as the Joint Security Area, is inside the Demilitarized Zone, a 250 kilometre (155-mile)-long swath of land that divides the Korean peninsula.

Despite its name, the DMZ is among the most heavily fortified areas on the planet and the Joint Security Area is the only place where soldiers from the North and South stand face-to-face.

The replica was built for the 2000 blockbuster "JSA: Joint Security Area", a mystery thriller by renowned director Park Chan-wook.

The village has UN blue-coloured huts, Panmungak, a drab cement building on the North side, and the Freedom House pavilion on the South side.

But despite the realism there is a complete lack of the tension visitors feel when they set foot on what former US president Bill Clinton once described as the "scariest place on Earth". 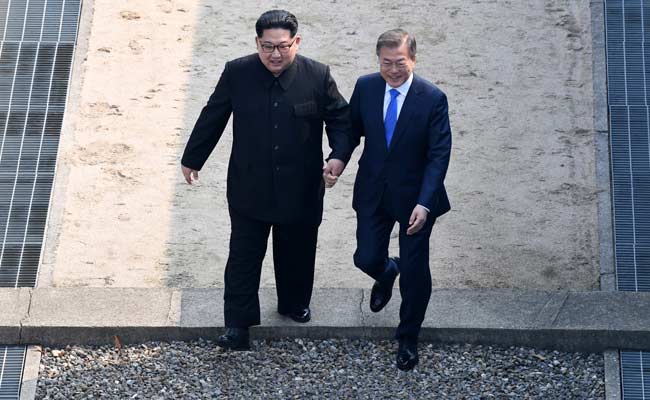 "It is almost like the real Panmunjom but what lacks here is the tense atmosphere" said Park, adding she had a chance to visit Panmunjom 20 years earlier.

The facility and two other outdoor movie sets belong to the Korean Film Council's Namyangju Studios in the eastern suburbs of Seoul.

"The two other movie sets used to be more popular than Panmunjom replica but following the summit, most visitors want to see Panmunjom set first," a studio official said.

Promoted
Listen to the latest songs, only on JioSaavn.com
And there are only a few weeks left to visit "Panmunjom" as the sets will be torn down after the end of May ahead of the studio's relocation to the southern city of Busan next year.