This Mumbai Cab Driver Helped A Woman Who Was Being Harassed 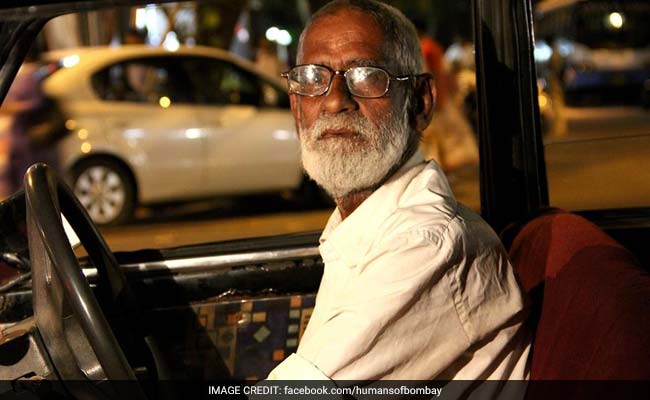 He's been driving his taxi for 35 years, but this is the one night he can never forget.

Not all superheroes wear capes. Some, like this Mumbai-based cab driver, simply do the right thing at the right time and help change someone's life forever.

A post on the Humans of Bombay Facebook page documents the story of an elderly cab driver whose presence of mind saved a young woman from a potentially dangerous situation. The post, shared on October 17, has since received a lot of social media love with over 28,000 reactions and almost 2,200 shares on Facebook.

The unnamed cab driver, now endearingly referred to as 'chacha' by Facebook commenters, details an incident when he noticed a young woman walking home at around 12:30 am.

"It was one of those dingy lanes where there aren't a lot of people. I noticed her, because she looked very anxious and when I looked behind her I saw these 2-3 drunk fellows whistling, and calling her names," he says on Facebook.

He was across the street and noticed the men chasing her. So, as a reflex, he began honking incessantly to create a distraction. His idea worked. "The noise created enough alarm, because they were startled and immediately ran away in the other direction," he says on Facebook.

But that's not all. Once the men ran away, he crossed the road and offered to drop the terrified woman home.

Promoted
Listen to the latest songs, only on JioSaavn.com
He's been driving his taxi for 35 years, but this is the one night he can never forget. Especially after what the woman did for him once he dropped her home.

We'll let you read his post in its entirety to know how she thanked him for his help. All we'll say is that it's people like him who help make this world a beautiful place to live in.