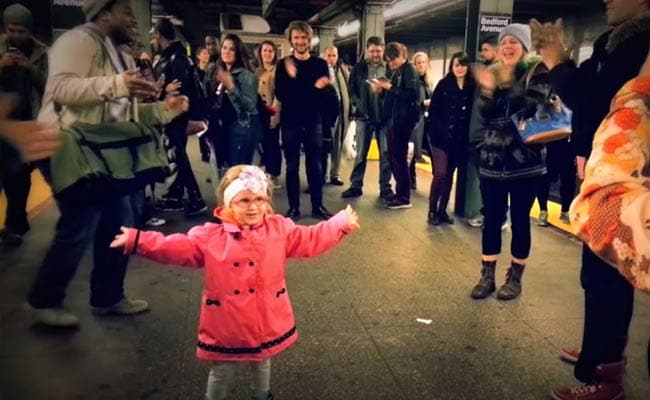 Put everything you're doing on hold, grab those dancing shoes and prepare to dance because it's time to partay.

If you're ever bored while waiting for your metro or train, or even if you're having a slow day at work, just do what this little girl did - start an impromptu dance party and groove like it's no one else's business, which it isn't.

A YouTube channel called Coyote And Crow recently uploaded a video of the little girl dancing away to glory at a New York subway station while buskers perform a cover of The Grateful Dead's Me & My Uncle.

The video shows the pink-clad little girl and a woman in black dancing to the music with, slowly but steadily, other excited commuters joining them. The little girl's energy is so infectious; people just can't help themselves and start to tap along.

Promoted
Listen to the latest songs, only on JioSaavn.com
Watching her will inspire you to throw inhibition to the wind. So be like her and go out there and get your own party started.