"Your expressions are too good," wrote one person in the comments section of Sania Mirza's TikTok video. 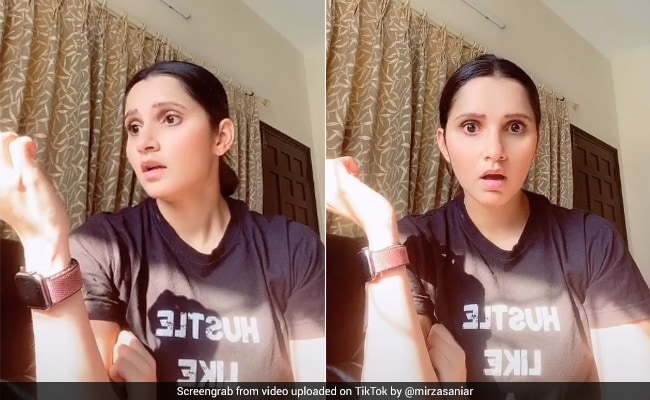 Screenshots from a video shared on TikTok by Sania Mirza.

Tennis star Sania Mirza has been delighting fans with hilarious TikTok videos, and her latest clip is no exception. The TikTok video shows Sania Mirza taking on the role of Penny from the superhit comedy show 'The Big Bang Theory', and it has left thousands of viewers amused.

In the clip, the 33-year-old is seen enacting the role of an exasperated Penny fielding questions from Sheldon Cooper. Sania Mirza's expressions rival Kaley Cuoco's as she lip-syncs to an audio clip from an episode of the American sitcom, where Penny, after dislocating her shoulder, responds to Sheldon's typically tactless questions about her medical history.

"I love Sheldon," wrote Sania Mirza while sharing the video, adding a laughing face emoji and the hashtag #thebigbangtheory to her caption.

Since being shared on Sunday, Sania Mirza's TikTok video has collected over 1.6 lakh views and over 17,000 'likes', along with hundreds of amused comments.

"Your expressions are too good," wrote one person in the comments section.

Last week, Sania Mirza had posted another video on TikTok that had delighted thousands. The hilarious video is for every person who, like the tennis star, does not like early mornings and cannot understand why others do so. She has also entertained her fans by taking up TikTok challenges and using humour to raise awareness about coronavirus among her 7 lakh TikTok followers.