The dolphin is actually called Pinky by locals 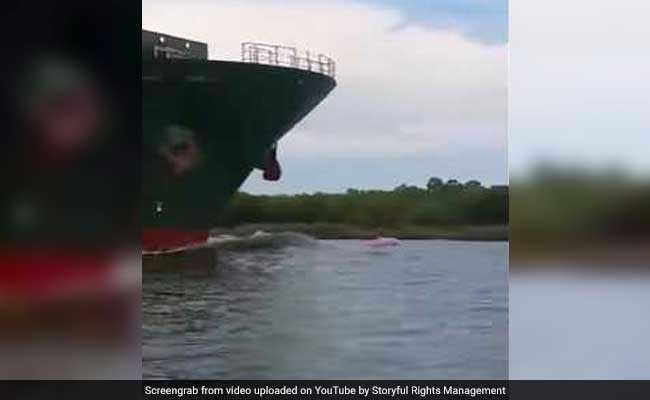 The footage has been recorded by Louisiana resident Bridget Anne Boudreaux during a boat cruise.

A rather rare pink dolphin has recently been spotted in Louisiana and a video of the creature is currently taking the Internet by storm. The dolphin is actually called Pinky by locals and was captured on camera by Louisiana resident Bridget Anne Boudreaux.

"I about fell out the boat," she told KHOU.com. "I was like wow that's not a regular dolphin, that's a pink dolphin."

The footage was reportedly recorded when Ms Boudreaux was on a boat cruise with her husband in the Calcasieu Ship Channel and get this - she actually saw two pink dolphins. Sadly, she could only capture one camera.

The video shows the pink dolphin swimming right in front of a ship with a bunch of other dolphins.

According to Independent.co.uk, Pinky could be an albino dolphin and is missing melanin, the pigment that gives its skin, hair and eyes colour.Click for more trending news