Out-Of-Control Bus Crashes Into Man. He Gets Up And Walks Into A Bar

He escaped the crash with just minor bruises 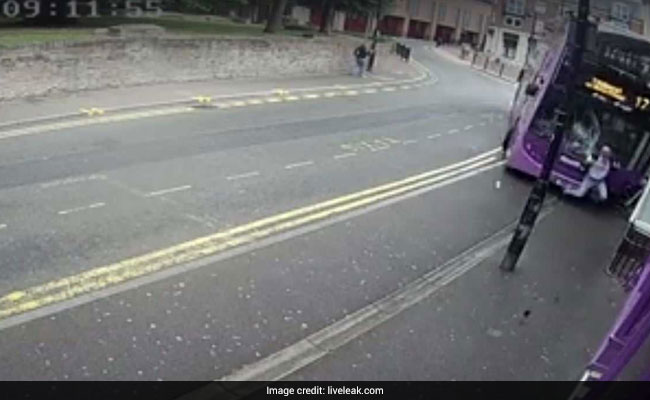 The accident happened on Saturday in Reading, UK

A man escaped life threatening injuries after a reckless bus slammed into him, sending him flying along the pavement... but something more remarkable happened just moments later. The man got up and walked into a bar.

The video of the terrifying incident was recorded on the surveillance camera of the bar. In the clip, the man can be seen crossing the road but what he can't see is an out-of-control bus heading his way. The unthinkable happens as the bus hits him, sending him flying. The man lands in front of a pub and the impact shatters the bus' windshield. But the man surprises everyone by standing up and walking into the pub like nothing ever happened.

The video of the accident that took place in Reading, UK on Saturday has gone viral. A version posted on BBC South Today has 1.3 million views in a day.


The man in question was 53-year-old Simon Smith who escaped the serious crash with just minor bruises and reportedly went for a drink after a quick visit to the hospital.

"I think he [Simon] pretty much got up, brushed himself down and then an ambulance came and took him to be checked," the co-owner of the pub Purple Turtle told The Sun.

The bus company told BBC the incident is under investigation.Click for more trending news