The toilets are imported from 15 countries, including Italy and Finland 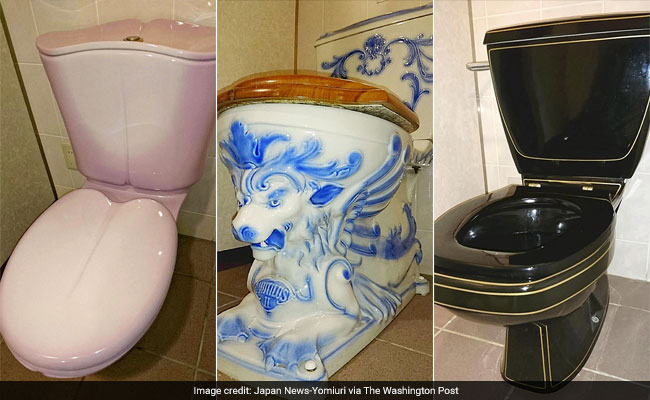 The Motorcar Museum of Japan is gaining much attention on social media, not for the cars it displays, but for the various imported toilet bowls in use in its restrooms.

The museum in Komatsu, Ishikawa Prefecture, has more than 500 famous cars from around the world - including classic Rolls Royce and Ford models - on permanent display. Middle-aged or older car-loving men used to be the customer base of the museum, but now more and more women and families are paying visits to see the toilets - imported from 15 countries including Italy and Finland - that some visitors praise as "instagrammable."

Earlier this year, comments on the museum's toilets, such as "It's a car museum ... why the toilets? (Laugh out loud)" and "They have a great collection," started showing up on Instagram and other social media sites.

The imported toilets have been in place for more than 20 years. "Middle-aged and elderly men, too, now use social media and I suppose that is how the toilets came to be known," said museum staff member Keiichi Maeda, 54.

Some visitors would take commemorative photos in the restrooms, while others would use more than one toilet just for the fun of it.

The museum is run by a housing equipment company based in Toyama Prefecture. When the company sent staff abroad to purchase cars to put on display at the museum, the staff noticed that toilets from different countries came in different colors and shapes. Thereafter, the company started collecting toilet bowls to place in the museum's restrooms. As of now, a total of 56 imported toilet bowls and urinals are in place in the men's and women's restrooms, the most popular of which is an Austrian toilet bowl featuring the sculpted head of a lion.

Rare Albino Seal Spotted In Russia. It Has Been Nicknamed "Ugly Duckling"