The man documented his journey and captured his friends and family members' surprised reactions. 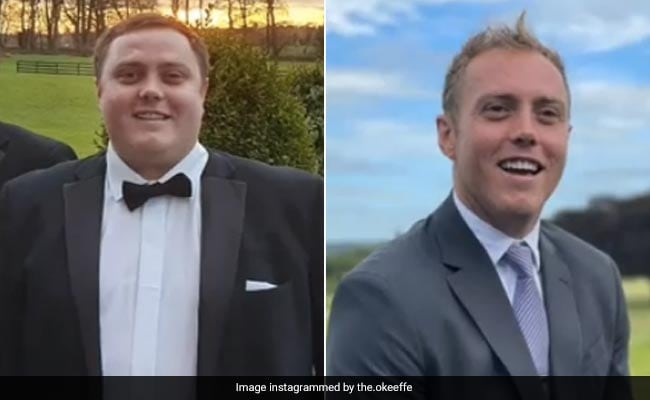 He worked relentlessly for seven months and lost 63 kilos.

Bryan O'Keeffe decided to cut ties with his family and friends and took to the wilderness in Mallorca for seven months to lose excess body weight. The Irish man came home 63 kg lighter and revealed his new avatar to his friends and family on Thanksgiving.

Mr Keefe shared his story in an Instagram post. He documented his journey and captured his friends and family members' surprised reactions. The video has amassed over 2 million views and over 2 lakh likes and several comments.

In the post, Mr Keefe shared that he has been trying to lose weight for the last 15 years and has tried every diet and exercise fad until he discovered David Goggins' book, Can't Hurt Me, which really helped him in his weight loss journey. Elaborating on the book's concept, he wrote, "One of the book's concepts is completing an analysis of your failures. I realised that (like most of us), I have a weakness for my friends and family. When my friends go out for drinks or my family go out for dinner, I want to be there. So I decided to move out to the wilderness and go off the grid where I could have no excuses. I called my friends and family and told them I wouldn't be talking to them and got to work."

He shared that he worked really hard to shed those extra kilos. He worked relentlessly for seven months and lost 63 kilos. He used to weigh 153 kg.

"In 7 months, I never took a day off. I lost count of the amount of injuries I got but I refused to quit and just kept training through the pain. Every day, I just tried to do one more rep, one more length, one more kilometre - whatever I could do to get 1 per cent better," he said.

He shared that he used to walk for 90 minutes a day in the first two weeks and then introduced weight-lifting six days a week, swimming three times a week and running three times a week. In a separate post, he shared that a calorie-deficit diet helped him in his weight loss journey. The man said that instead of focusing on the scale, he focused on being mentally resilient.

The internet is impressed with his weight loss journey. A user wrote, "Great work lad, amazing... When you make those hard drastic changes, you get drastic changes. A super impressive man, well done and keep those new habits going." Another user wrote, "Not to mention the "oh my god" from the entire internet nation for you ;) happy for you man."

The third user wrote, "Two things to master in life. Your emotions and discipline. Congratulations!"