It's not always easy to find work. 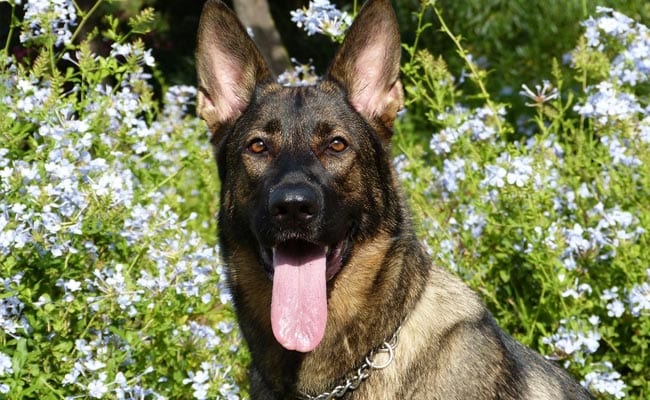 It's not always easy to find work.

Just ask Ryder - he was apparently laid off from his job at a restaurant chain in Michigan. So the state approved him for $360 per week in unemployment benefits.

"So my dog Ryder gets approved for unemployment benefits of 360 per week," Ryder's owner, Michael Haddock, wrote on Facebook, according to ABC affiliate WZZM.

He added: "Not sure what he is going to do with the money but should be interesting. I knew he was clever but he surprised me on this one."

Haddock, an attorney in Saugatuck, Michigan, told WZZM that he received a letter last weekend from the State of Michigan Unemployment Insurance Agency addressed to his dog - sort of.

It was sent to "Michael Ryder."

"My name is Michael; my dog is Ryder," Haddock told the station. "I was surprised to see it, but I had a good laugh, actually."

But the mix-up may not be so comical.

Michigan UIA announced earlier this week that it is putting together a special team to catch phony claims, according to news reports.

There's also the issue of identity theft. In 2014, 17.6 million U.S. residents older than 16 had their identities stolen, according to the most recent data from the Bureau of Justice Statistics.

"Due to criminals stealing data from a number of different places - Equifax, other places where this has happened over the last few years - criminals are now using that information to file for unemployment benefits, and the IRS is running into the same problem with tax refunds. That's how this starts," Michigan UIA spokesman Chris DeWitt told WWJ Newsradio 950.

The letter from Michigan UIA stated that Michael Ryder had worked for Kruse and Muer, an upscale seafood restaurant chain in Michigan. He was approved for 20 weeks of unemployment benefits at $360 per week, it stated.

A spokeswoman for the restaurant chain would not immediately comment on the situation.

Haddock said he called UIA to sort it out. "I felt like back in school when I would tell the teacher that the dog ate my assignment," he told WZZM. "I don't think the risk management person really believed what I was telling her, and she just asked me to scan the document and send it to her."

Ultimately, the claim was denied, and Michigan UIA said it is now investigating the incident.
But Haddock admitted he got a good laugh.

"Unfortunately, Michael Ryder's claim will not be allowed," Tim Kolar, state administrator of investigations with the UIA, said in a statement to WZZM. "I know first-hand it is rare for 'man's best friend' to contribute financially to the household and that will continue in this instance."

Haddock described his pooch as a "happy" and "friendly" dog but said "he's a little mischievous at times. Gets himself into things."

But if Ryder did work at a restaurant, Haddock told the news station that he knows exactly what job his dog would have: "greeter."