From Watchman To IIM Professor: The Remarkable Story Of Ranjith Ramachandran

Ranjith Ramachandran's story has gone viral online. "I decided to fight and realise my dream," he wrote. 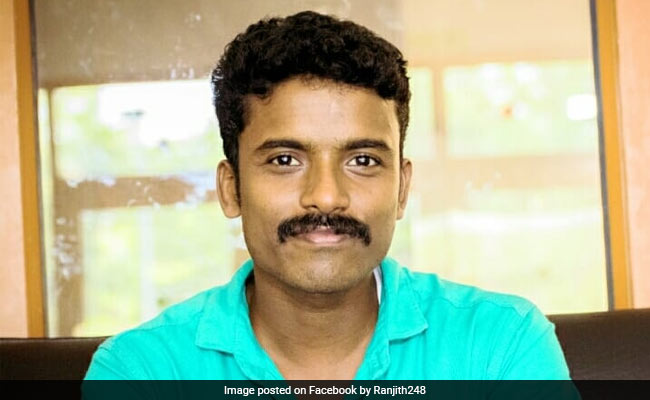 From a night watchman earning a pittance to graduating from the hallowed portals of IIT and now an Assistant Professor at IIM, Ranchi, it has been a remarkable journey for 28-year-old Ranjith Ramachandran, inspiring many to fight adverse circumstances in their lives.

"An IIM professor was born here," reads his post on Facebook, along with a picture of his dilapidated tiled hut covered with a tarpaulin sheet to prevent rainwater from seeping in.

His inspirational April 9 post in which he shared his story, went viral, garnering over 37,000 likes. Finance Minister T M Thomas Isaac also took to Facebook to congratulate Ramachandran, who goes by the name ''Ranjith R Panathoor'' on social media, saying he s a source of inspiration to everyone.

Ramachandran was working as a night watchman at a BSNL telephone exchange at Panathur in Kasaragod, while he pursued his Economics degree from Pious Xth College in the district.

"I attended college during day time and worked at the telephone exchange at night," he posted.
Graduating with honours, he got into IIT, Madras, where he found it difficult to study as he knew only Malayalam. Despondent, he decided to quit the PhD programme, but was persuaded by his guide Dr Subhash not to do so.

"I decided to fight and realise my dream," he wrote.

Fight he did and earned his doctorate last year. For the last two months, he was an Assistant Professor at Christ University, Bengaluru.

"I never thought the post would go viral. I posted my life story, hoping that it would inspire a few others. I want everyone to dream good and fight for their dreams. I want other people to get inspired from this and find success," he told reporters.

Ramachandran recalled in his post that he nearly gave up his school education due to financial hardships. His father is a tailor and mother, a daily wage worker under the Mahatma Gandhi National Rural Employment Guarantee Scheme.

The Finance Minister in his post, praised Ramachandran, saying "From the moment he felt he was defeated, he turned his life and achieved success and it''s an inspiration toeveryone.
We have before us the life stories of great personalities,including K R Narayanan, who attained success
with extraordinary willpower and became the first citizen of the country," he posted and shared Ramachandran's post.

"The lives of people like Ranjith, who refuse to get discouraged due to various crisisand use education as a weapon to overcome social and economic backwardness, are an
inspiration to all," he said.