Elon Musk Is Begging - Yes, Begging - To Be Trashed On Wikipedia. True Story 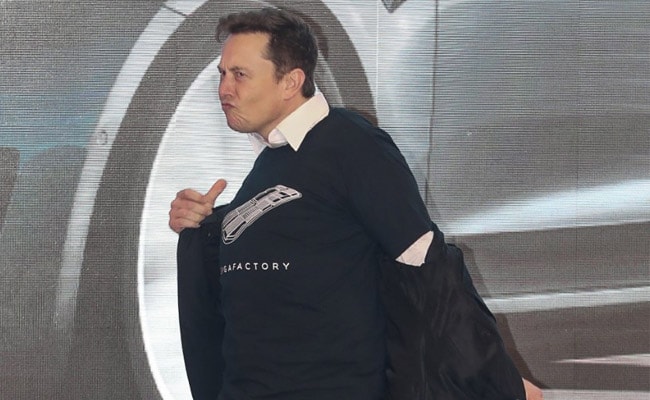 Elon Musk encouraged his followers to vandalise his Wikipedia page.

"Please trash me on Wikipedia, I'm begging you," - a bizarre request by any standards, but this is exactly what the eccentric Tesla CEO wants you to do. In a tweet shared Sunday, Elon Musk encouraged his followers to vandalise his Wikipedia page.

Unsurprisingly, a lot of them took him up on his request - so much so that his Wikipedia page has now been locked and reads "This page is protected to prevent vandalism."

In a tweet shared on Sunday, Mr Musk, 49, said: "History is written by the victors ... except on Wikipedia haha."

He then asked - begged - his 37.9 million Twitter followers to "trash" him on the platform, which allows anyone to edit its pages.

Please trash me on Wikipedia, I'm begging you

Some users added "rapper" to his bio.

Didn't know you were a rapper?? pic.twitter.com/liGza0ryWC

"All major wars, diseases and financial disasters of the last century can be directly attributed to Mr Musk or one of his companies," one user edited the page to say. Elon Musk responded to the edit with laughing face emojis.

The tech-billionaire has not revealed why he wanted people to vandalise his Wikipedia page. Last year, however, he had expressed disappointment with the accuracy of Wikipedia, tweeting that he wanted someone to remove "investor" from his description on the platform.

"Just looked at my wiki for 1st time in years. It's insane! Btw, can someone please delete 'investor.' I do basically zero investing,"Elon Musk had tweeted in 2019.

Just looked at my wiki for 1st time in years. It's insane! Btw, can someone please delete “investor”. I do basically zero investing.

Earlier this month, Mr Musk's cryptic "aliens built the pyramids" tweet had earned him an invitation to Egypt.