World's Shortest Woman Votes In Nagpur, Has A Message

On her Facebook post, Nagpur resident Jyoti Amge uploaded three photos with the caption "Vote"; she is seen holding her voter identity card and showing her inked finger 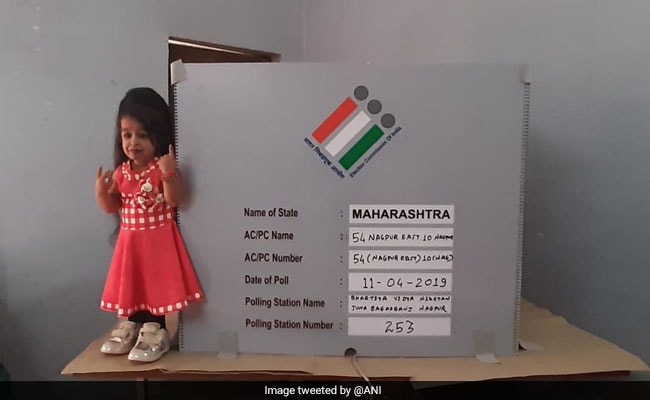 Jyoti Amge, the world's shortest woman who made a guest appearance in reality TV show Big Boss in 2012, today posted a photo of herself on her Facebook profile, showing an inked finger.

"I request everyone to vote. Please vote first and then go to complete everything else," Ms Amge told reporters outside a polling booth in Nagpur.

The 25-year-old who entered the Guinness World Records for being the shortest woman, standing only 62.8 cm tall, was seen walking to the polling booth in a bright red frock. People quickly recognised her and greeted her warmly.

On her Facebook post, she uploaded three photos with the caption "Vote"; she is seen holding her voter identity card and showing her inked finger.

In December 2011, the Nagpur resident was declared the world's shortest woman by the Guinness World Records.

In January last year, she was seen standing in front of the pyramids in Egypt's Giza city, alongside the world's tallest man, Sultan Kosen from Turkey, who stands 8 feet and 9 inches tall. The two were invited to Egypt by the Egyptian Tourism Promotion Board to help boost tourism in the country.

Union Minister Nitin Gadkari is the BJP's candidate from Nagpur Lok Sabha constituency. He faces Congress candidate Nana Patole. Though Mr Patole has the reputation of being a giant killer, having defeated Praful Patel in 2014, and Nagpur has long been a Congress bastion, he will find it a difficult task to beat Mr Gadkari, one of the popular union ministers known for his straight talk and a proven performance record.

In the first of the seven-phase national elections today, people in 18 states and two Union Territories are voting. Results will be out on May 23.