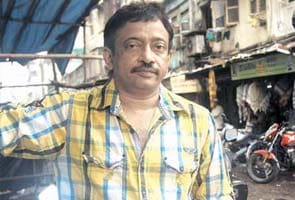 Mumbai: The Censor Board appears to have bowed to the wishes of Mumbai Police while snipping off a song from Ram Gopal Varma's Department, set to release on Friday. During a special screening organised around 11 am yesterday at Eros cinema hall, Churchgate, Additional Commissioner of Police Deven Bharti reportedly asked the board to remove a song from the flick that refers to cops as bhais.

What's the problem?
The film is based on the politics between the police force and the underworld. So, the board had also invited Bharti. According to RGV production's sources, the top cop objected to a song, titled Mumbai Police Sabka Bhai. Bharti protested the usage of the term 'bhai' and asked for the song to be removed from the film. The board members asked Bharti to give them his objection in writing, which he did. After that the board chairman asked for the views of other members.

Cut it out
A little later Varma appeared. The board members told him about Bharti's objection. Varma clarified that the song is based on the film's story. Varma was not in favour of deleting the song. But the board members were reportedly unanimous "The board members seemed helpless. They asked for the song to be cut," said an RGV production's spokesperson.

Promoted
Listen to the latest songs, only on JioSaavn.com
Amitabh Bachchan and Sanjay Dutt play important characters in the film, which is based on how underworld gangsters used the police's 'encounter kings' to finish each other. "There is nothing wrong in calling Mumbai Police 'bhai'. It means brother. We are all brothers," said an IPS officer, laughing off the issue. The board has given the film an "A" certificate.