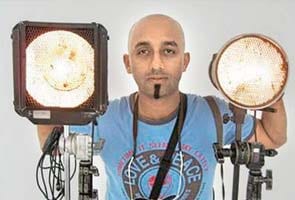 Mumbai: A film producer accused of attacking his former lover with a hazardous chemical substance was arrested in Mumbai today. Jerrit John was nabbed by the Thane Police from a hotel in Mira Road on the outskirts of Mumbai.

The 45-year-old had been on the run since Wednesday when he allegedly attacked the victim, a 26-year-old physiotherapist and an international cyclist, at her residence in Adarsh Colony in Worli. She has lost vision in one eye due to the attack. She was discharged from the hospital on Thursday, but her doctors and friends say she is under shock.

"John has admitted that he had thrown chemical on a woman at Worli," Deepak Devraj, Deputy Superintendent of Police, Thane said.

According to sources, the victim split with the accused after learning that he was married and had a five-year-old son. She was reportedly also upset about his alleged illicit relationship with another girl.

The two met through a cyclists' group on a social networking site a year ago. They often went on cycling trips together and were even were part of the city's first bicycle flash mob that was organised at Bandra in May this year.

According to the police, John owns the production house 'No Nonsense' and has produced and directed television serials. He has also worked as a creative consultant with TV channels and ad-film makers and has also been associated with a few Bollywood movies.

Since the attack, John had blocked all his profiles on different social networking sites. His mobile phone was also switched off. He has been booked for causing grievous injury and also for theft and wrongful confinement, as he had allegedly taken away the victim's phone and had locked her up in a room after attacking her.

Samples of the chemical used in the attack have been sent to the forensic lab in Kalina for examination. Lab reports are awaited.

(With Inputs from Mid-Day, PTI)