Nashik-based medical professional Chetan Ahirrao, 35, was standing on the footboard of a Central Railway local train 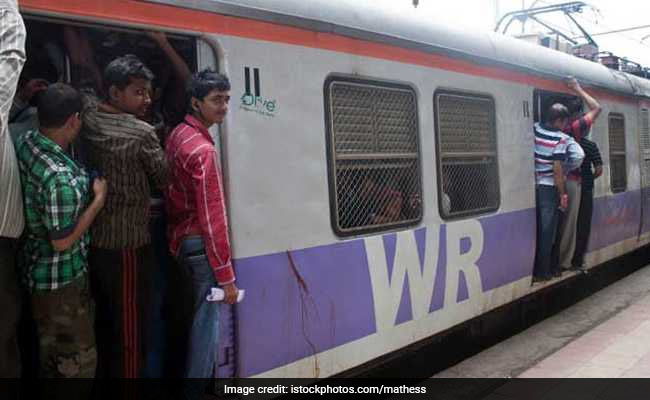 A 19-year-old man has been arrested for allegedly snatching the mobile phone of a passenger who was standing on the door of a local train. The passenger had jumped off the train to retrieve his phone and died of his injuries, the police said.

The incident occurred on August 19 when the Nashik-based medical professional Chetan Ahirrao (35) was standing on the footboard of a Central Railway local train. He was going to Diva station in neighbouring Thane district, the police said. As the train was about to leave the platform at Kalwa station, the accused, Ajay Solanka, hit Mr Ahirrao on the wrist to snatch his cellphone.

"The victim jumped off the train to retrieve the mobile but fell beside the tracks and was grievously injured. He died while being rushed to a hospital," the official said.

Solanki fled the scene after picking up Mr Ahirrao's mobile phone, he said.

"While initially it was believed to be a case of a passenger falling off a local train, suspicion was aroused when we realised that the victim's cellphone was missing. We then scoured the CCTV footage of Kalwa station and zeroed in on Solanki," the official said.

Solanki was picked up a day after the incident from a slum near Kalwa station and has been charged under Sections 304 (culpable homicide not amounting to murder) and 397 (robbery or dacoity, with attempt to cause death or grievous hurt), the official said.

"He has been previously arrested in a case of mobile snatching at Kalyan station in 2017," the official added.

He has been remanded in police custody till September 3 and further probe into the incident was underway, the official said.

Railway activist Subhash Gupta called the incident a failure of the railway's security apparatus and said that the public transporter had failed to instill confidence among its passengers.