The analysis was conducted by Association for Democratic Reforms (ADR) and Maharashtra Election Watch (MEW). These organisations also found that out of the 836 candidates (analysed so far), 108 are 'crorepatis'. 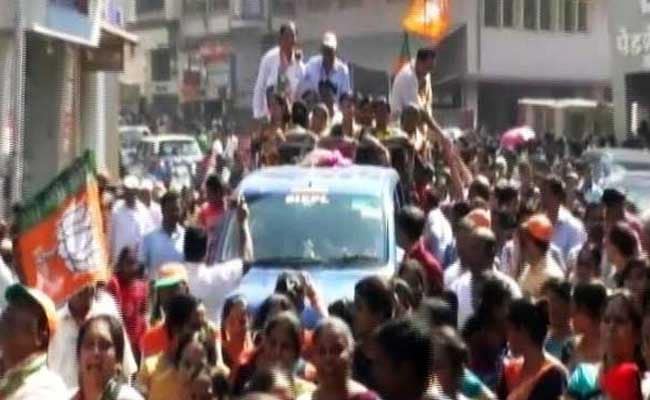 BJP has 27 candidates facing criminal charges, Congress has 13 and Shiv Sena has 8 (File)

Mumbai: An analysis of the affidavits of 836 candidates, out of the total 869 in fray for the ongoing polls in 10 municipal councils in Maharashtra, has revealed that 87 of them were facing criminal cases, including some serious charges like murder, rape, kidnapping and dacoity.

The analysis was conducted by Association for Democratic Reforms (ADR) and Maharashtra Election Watch (MEW). These organisations also found that out of the 836 candidates (analysed so far), 108 are 'crorepatis'.

Election to 10 municipal councils-- Dahanu, Hupari, Nandurbar, Navapur, Kinwat, Chikhaldara, Pandharkavda, Jat, Trimbak, Igatpuri-- are being held in three phases. While some of the councils went to polls on December 10, polling in some others is being held today. The last phase of the polls will be held on the coming Sunday (December 17).

Besides, by polls for four councils- Ambejogai, Shahada, Mangurlpir and Jintur- are also being held simultaneously.

As per the party-wise analysis, the BJP tops the list with 27 candidates facing criminal charges, followed by the Congress with 13 and the Shiv Sena with eight nominees respectively, the press release said.

The NCP stands at number four with five such candidates, it added.

Apart from murder, rape, kidnapping and dacoity, the criminal charges include criminal intimidation, robbery, forgery, cheating and crime against women, the report said.

Congress candidate in Dahanu municpal corporation, Ashok Shinwar Mali, has emerged as the wealthiest candidate with declared assets worth Rs 27 crore, it said.

However, two candidates have declared that they have 'zero' assets.

(This story has not been edited by NDTV staff and is auto-generated from a syndicated feed.)
Comments
Association for Democratic ReformsMaharashtra By PollsMahrashtra Civic polls criminal candidates