On the first day of his visit to India, Apple CEO visited Siddhivinayak temple in Mumbai.

Mumbai: Apple chief executive Tim Cook has a new app design centre in Bengaluru on the first day of his visit to India.

Mr Cook landed in Mumbai shortly before midnight on Tuesday by private jet from China, where he made a $1 billion announcement.

At his morning visit to  the famous Siddhivinayak temple in Mumbai,  the Apple top boss ran into Anant Ambani, son of Reliance Industries chairman,Mukesh Ambani, and was photographed talking to him. 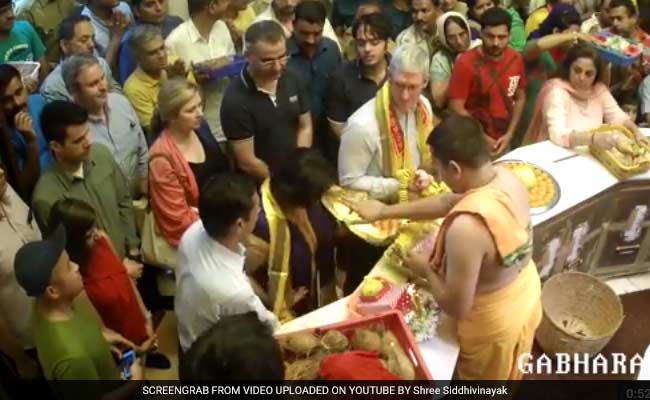 Like other telecoms, Reliance is currently rolling out 4G networks across the country. Mr Cook has previously stated that the onset of fast phone networks in India would boost sales of the Apple iPhone here.

Later this week, he will meet Prime Minister Narendra Modi, who he first met in Silicon Valley last year.  India recently rejected Apple's proposal to import and sell refurbished phones -a move seen as key for the cost-conscious Indian customer. 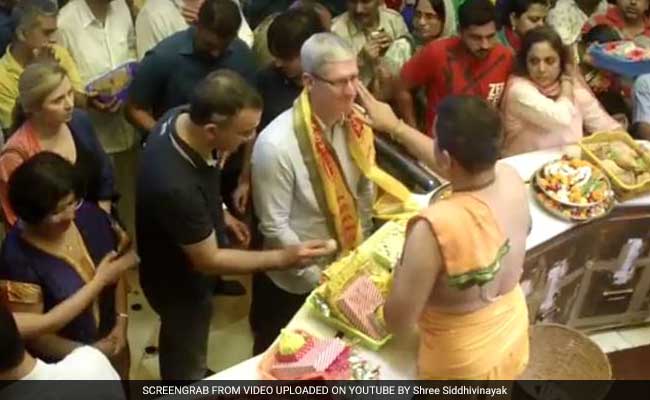 Tim Cook, who was accompanied by Apple India head Sanjay Kaul, gracefully performed the rituals at the Siddhivinayak temple.

India is home to one of the most vibrant and entrepreneurial iOS development communities in the world,"  Mr Cook  said in a statement, about an app design facility that will open next year in Bengaluru.

Mr Cook's four-day visit comes as Apple eyes India's fast-growing market as increasingly key to its fortunes, with sales in China and the United States slowing.  In April, the tech firm reported its first drop in global iPhone sales since launching the smartphone in 2007. But revenues from sales in India grew by 56 percent in the first three months of 2016 compared to the previous year. 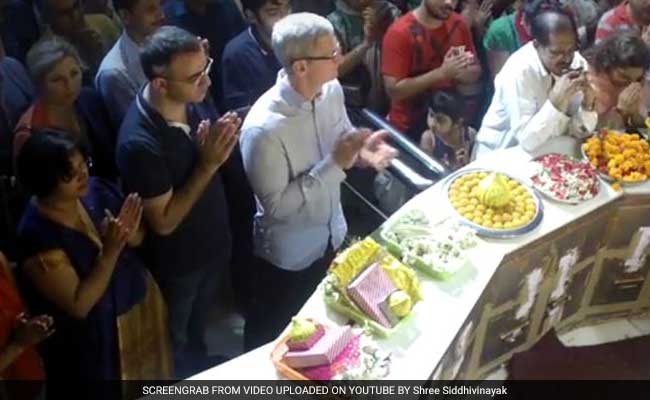