3 Die Of Dengue In Maharashtra, 122 Test Positive In Mumbai Alone 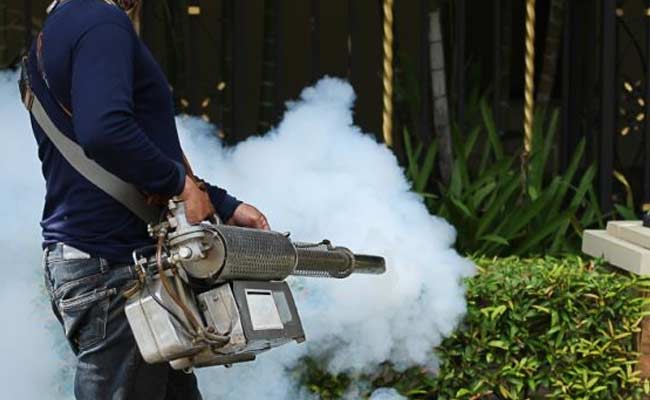 3 people have died due to dengue in Maharashtra, while 2500 patients are being treated in the state.

Mumbai: A constable of Maharashtra police died of dengue of Friday, taking the number of deaths due to the deadly infection to 3 in the state.

Anup Baghel, 28, was diagnosed with dengue last week. He was first taken to the Mahatma Gandhi hospital and then, when his condition deteriorated, he was shifted to the Hiranandani hospital in Mumbai where he died.

According to Maharashtra's health ministry, 122 dengue cases have been recorded in Mumbai this month alone while more than 2500 dengue patients are being treated across the state.

However the number of dengue infections this year remains lower than the figure for 2015. According to the Directorate of Health Services statistics 126 people had died of dengue in the state between January and December 2015. Of these, 12 deaths were recorded in Mumbai itself.

Mumbai businessman Rajnikant Dhabale was admitted in the intensive care unit of the Sai Hospital for nearly a week after his platelet dropped drastically. He considers himself lucky to have survived.

"I live in Govandi and was shifted to the ICU last week. I spent 5 or 6 days there. Even now, because of dengue, I am facing back ache and stomach pains," Mr Dhabale said.

Director at the Sai Hospital Abid Sayyed, where Mr Dhabale was treated, said that a large number of cases were being reported from only a few areas in Mumbai.

Promoted
Listen to the latest songs, only on JioSaavn.com
"20 to 25 patients with dengue come to us every week. Most of these cases are from Govandi, Vashi Naka, Kurla East and Chembur areas," he said.

In a bid to tackle the dengue menace in the city, municipal authorities in Mumbai are carrying out extensive fogging and have launched a public awareness program to prevent breeding of mosquitoes.