The primary runway and the secondary runway at the country's second busiest airport were shut down from 1100 hours till 1700 hours, officials said. 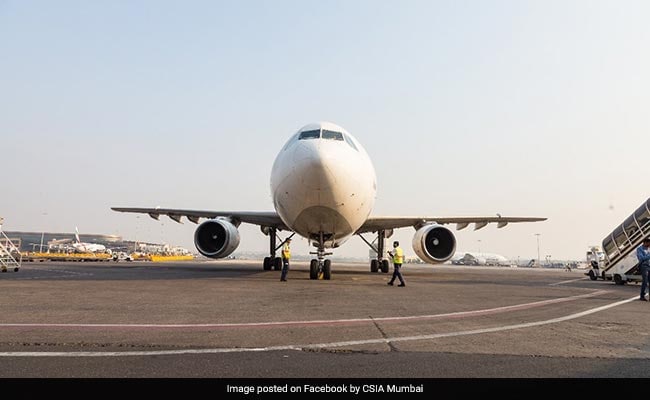 The operations were normalised after 1700 hours, officials said. (Representational)

Operation of around 255 flights was affected on Wednesday due to a six-hour closure of both the runways at the Mumbai Airport on account of repair and maintenance work, officials said.

The primary runway and the secondary runway at the country's second busiest airport were shut down from 1100 hours till 1700 hours, they said.

The operations were normalised after 1700 hours, they said.

The Chhatrapati Shivaji International Airport handles around 1,000 flights a day on an average.

Mumbai International Airport Limited (MIAL), the joint venture company that runs the airport here, is undertaking maintenance and repair of the runways in two phases.

The Airports Authority of India (AAI) has 26 per cent stake in MIAL while GVK Group-led consortium holds majority 74 per cent.

The first phase was scheduled for this month and the next one will be carried out between February 7 and March 30 (except on March 21) from 1100 hours to 1700 hours on Tuesdays, Thursdays and Saturdays.

"At least 255 flights were affected at the Mumbai airport due to the six-hour long shut down of both the runways to carry out the repair and maintenance work," a senior official of AAI said.

The airlines had been intimated in advance about the runway closure period and accordingly they had rescheduled some of the flights, the official said, adding, however, that some impact was bound to be there.

"Most of the airlines accommodated passengers either in their morning or evening flights by combining flights. This negated any major impact on their operations," an official of the MIAL said.

"At the time of the stakeholders meeting, we had also requested some of the airlines to deploy bigger aircraft well," the official said.