UP Businessman's Sons, 6 And 8, Kidnapped For 50 Lakh Ransom, 1 Murdered

Lucknow, Uttar Pradesh: The kidnappers wanted the father of the two boys, a Lucknow-based businessman, to pay Rs 50 lakh as ransom. The businessman, however, informed the police and told them he suspected his domestic help to be involved.

The kidnappers, took the children to their hideout and brutally assaulted both of them (Representational)

A six-year-old boy was beaten to death by his kidnappers in Uttar Pradesh, who had picked him up along with his elder brother, 8, while they were on their way to school in Lucknow on Thursday. The elder boy was rescued today by the police after a fierce gunfight, but is critically injured. All four kidnappers have been arrested, including the domestic help of the two children. The kidnappers wanted the father of the two boys, a Lucknow-based businessman, to pay Rs 50 lakh as ransom. The businessman, however, informed the police and told them he suspected his domestic help to be involved.

The kidnappers, who had taken the children at their hideout, brutally assaulted both the children once they got to know that the police were looking for them, news agency Press Trust of India reported.

The police, which had formed six teams to search for the boys, managed to locate the hideout in the city's Katka Bazaar and a gunfight broke out between them and the kidnappers.

"We have arrested four persons involved in the kidnapping, including the mastermind who was a servant of the businessman and had breached his trust," police officer Anurag Vats told Press Trust of India. 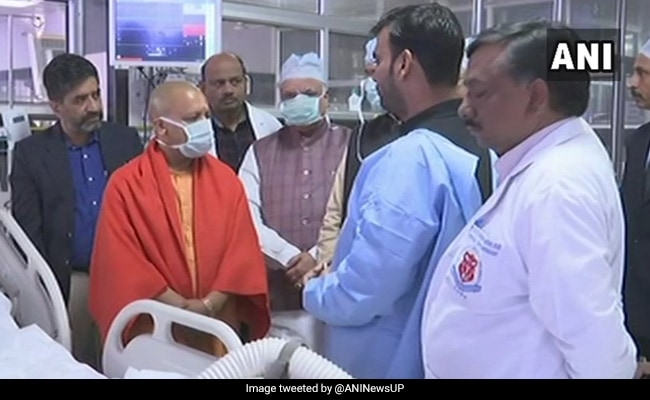 Yogi Adityanath announced a compensation of Rs 5 lakh for the businessman's family and another Rs 2 lakh for the treatment of the elder son.

He also ordered Lucknow's top police officer to conduct a verification drive for the credentials of all domestic helps across Uttar Pradesh.

(With Inputs From PTI And ANI)

School Timings Changed in Lucknow Due to Fog, Winter Chill