The chief minister said when people don't get better facilities in cities, they stop trusting the government. 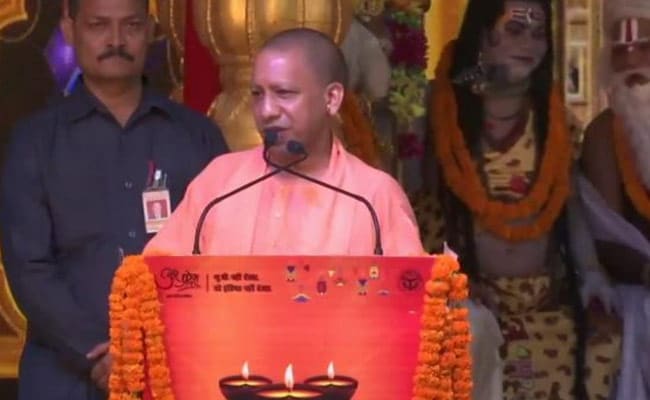 At the conclave, Yogi Adityanath praised the work done by RERA

Uttar Pradesh Chief Minister Yogi Adityanath on Monday said safeguarding the interest of those who give their entire live's earnings to builders in the hope of having their own home is of paramount importance to him.

"For me, the interest of those who stake their earnings for a home, is supreme. Such people face problems since they have to pay the bank loan even if all the money is stuck," he said at the first national conclave of Real Estate Regulatory Authority (RERA) at Indira Gandhi Pratishthan.

"However, this does not mean we will neglect the interest of other sectors associated with the real estate. If builders fulfill their promises in a transparent manner, they too will be given all possible help as per the rules. If this happens, the real-estate sector will once again recover from recession and touch new heights," the chief minister said.

Citing the example of a Ayodhya resident, Mahabir Harijan, a mason by profession, whose fate changed after receiving the money from PM Housing Scheme, Yogi Adityanath said, "Owning a house is associated with self-reliance."

He said people migrate to cities for better facilities and if they do not get them, they stop trusting the government.

"It was a conspiracy by those who had either invested their blackmoney in Noida, Greater Noida or near Yamuna Expressway or were patronising such people for their personal interest," he alleged.

"Maximum 80 per cent complaints regarding not getting possession of their house, even after paying the entire amount, has been received from eight districts of the state. After meeting a few of the victims and builders, I understood about the myth of Noida," he said.

"I believe political and administrative dishonesty is also at the root of the mess in this sector. Either the money received from the buyers was distributed by the culprits among themselves or it was invested in some other sector. A visit by any compassionate person to the area could have exposed the culprits who divided the money among themselves. Thus, there has been a propaganda against Noida," he said.

The chief minister praised the work done by RERA and said the government will also announce more measures to strengthen RERA.

He said for the past 10 years, there were about three lakh home buyers who could not get their accommodation. "Without any pressure, through dialogue, we were able to ensure accommodation for one lakh buyers in Noida, Greater Noida and Yamuna Expressway," he said.

Union Minister of State for Urban Development Hardeep Singh Puri said in his address, corruption plagued the sector before RERA.

"This sector, with immense potential after agriculture, was unorganised. Within a year, after coming to power, Prime Minister Narendra Modi organised the sector through RERA. Earlier four regional conclaves on RERA were also held. This is the first national conclave and it will be held every year," he added.

Ministry of Housing and Urban Development Secretary Durga Shankar Mishra said everyone dreams of a roof and thus every person is linked to this sector.

"There will be a need to build houses in 900 sq km every year in order to make everyone's dream come true. The sector contributes about 8 per cent to the GDP. The sector holds fifth position among the sectors receiving money through foreign investment," Mr Misra said.

RERA Chairman Rajeev Kumar said there was a need to build trust between buyers and builders.