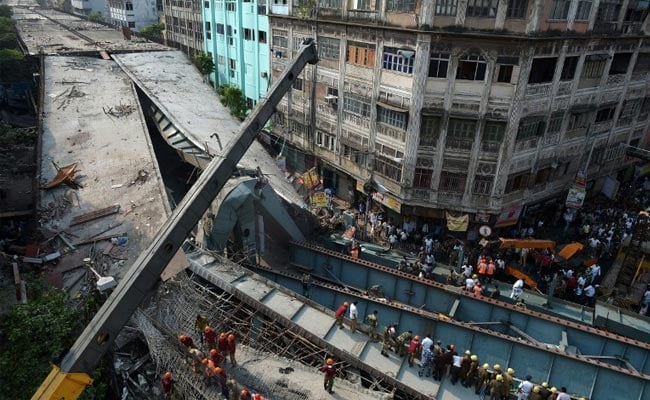 Kolkata: A 140-tonne crane was unable to lift the concrete slab of a Kolkata flyover under which many people were feared trapped, including passengers in a minibus.

The overpass that had been under construction since 2009 crashed onto vehicles and people below during lunch hour in a busy commercial area of Kolkata.

The army has rushed in more than 150 soldiers to help locate and rescue those trapped under the debris. Witnesses initially spoke of a poorly coordinated effort to bring in heavy-lifting equipment with buildinfs on either side of the flyover and heavy traffic adding to the challenges.

"The problem is that nobody is able to drive an ambulance to the spot," said Akhilesh Chaturvedi, a senior police officer. 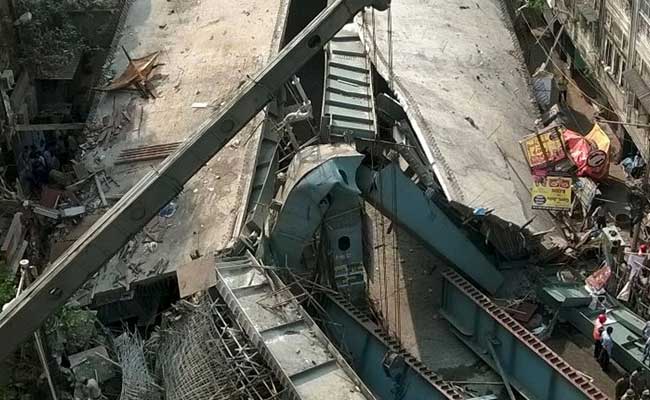 Residents used their bare hands to assist fire safety officials after the flyover collapsed to rescue people trapped under a 100-metre length of metal and cement that snapped off at one end and came crashing down.

Chief Minister Mamata Banerjee, seeking re-election next month, rushed to the scene to survey the damage. She faces tough questions over who was responsible.

The Telegraph reported last November that Ms Banerjee wanted the project - already years late - to be completed by February. Project engineers expressed concerns over whether this would be possible, The Telegraph said at the time.

People were trying to hand bottles of water to survivors pinned underneath.

Man Proposes To His Partner On Kolkata Metro On Valentine's Day