5 Policemen Trapped In Kiosk Under Kolkata Flyover Are Alive, Given Water 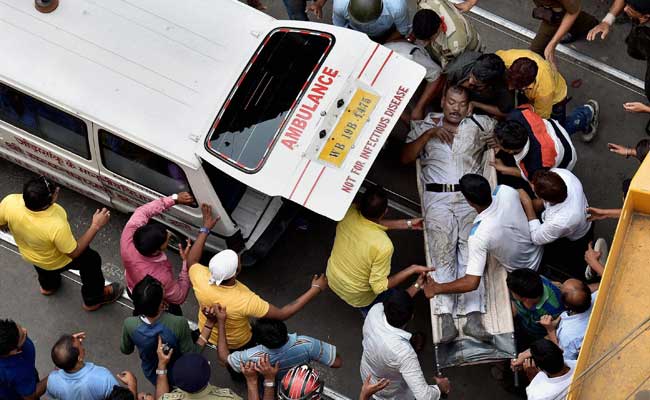 The flyover at Burrabazar in central Kolkata collapsed at around 12:15 this afternoon.

Kolkata: At least 10 people are feared killed and pedestrians, cars and autorickshaws are trapped under mounds of debris after a partially built flyover collapsed in central Kolkata on Thursday afternoon.

Rescue workers said five policemen who were in a kiosk under the flyover are trapped but alive and have been given water through a gap in the concrete debris while they await rescue. Another policeman who was manning traffic under the structure, recounted how he narrowly escaped. (5 Pics)

Anurag Gupta, National Disaster Management Authority spokesman, said it was unclear how many people were still trapped under the debris but said "pedestrians as well as vehicles came under the falling flyover". 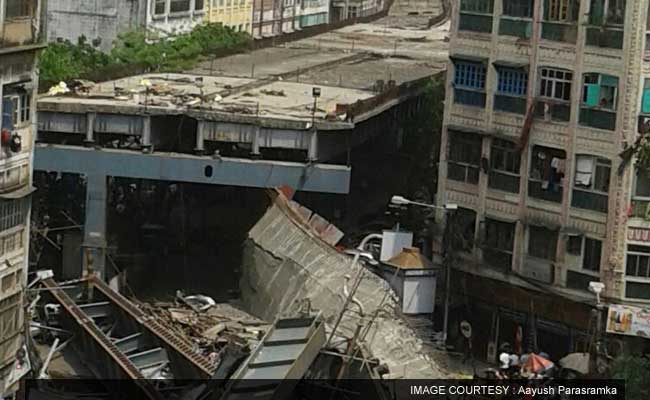 Specialist rescue teams are using heat sensors to determine where people are trapped. Concrete cutters, drilling machines and sniffer dogs were rushed to the scene.

"It was at 12.25 that we heard a loud bang like a bomb blast and suddenly there was a lot of smoke and dust. I looked at the other side of the road and people were screaming 'the bridge is collapsing'," said an eyewitness.

Another said, "Suddenly the bridge was collapsing and we watched it come down in about five to six seconds. Everything was shaking, we thought it was an earthquake."

As help was rushed, the police and passers-by used their hands to try to move giant slabs of concrete and metal to reach those trapped under the flyover at Burrabazar, a busy commercial area in central Kolkata near the famous Ganesh Talkies.

Television footage showed one bloodied body trapped under a concrete slab, and also the hand of a person sticking out from under twisted debris.

Home Minister Rajnath Singh said he was monitoring the situation adding that he was "deeply saddened to know that precious lives have been lost in the Kolkata accident".