The flyover collapse took place at Burrabazar, a busy area in central Kolkata near Ganesh Talkies.

Kolkata: At least 24 people have died and many more are still feared trapped in debris after a flyover under construction for years came crashing down in a crowded commercial area in Kolkata on Thursday. At least 70 people are injured.

Many are feared dead in what the state government has called a monumental tragedy. (5 Pics)

A 100-metre section of the flyover collapsed suddenly onto a crowded street around lunchtime, crushing pedestrians, cars and other vehicles under metal and concrete.

Hyderabad-based IVRCL group, which was contracted to build the flyover, said its collapse was an "act of God". Chief Minister Banerjee, however, told NDTV, "It is wrong for builders to be so casual in their statements."

The local office of IVRCL has been sealed and a case has been registered against the company by the police, reported Press Trust of India.

The company was reportedly given an 18-month deadline and a budget of nearly Rs 165 crore to complete the project in 2009, but after seven years only about 60 percent of the work has been done.

Caught on Camera: The Kolkata Flyover Comes Crashing Down


Moments after the crash, recorded on CCTV, residents and firefighters were seen using bare hands to pull away concrete slabs. A man said he had been unable to contact his sister who had called him on the phone just after the collapse and said she was "under the flyover". Many were trapped in their wrecked cars.

People were seen clapping when around 400 army personnel joined what was turning out to be a colossal rescue effort in the fading light.

Television footage showed bodies being pulled out and a bloody hand reaching out from under the rubble.

Fires erupted when petrol tanks of cars were crushed. 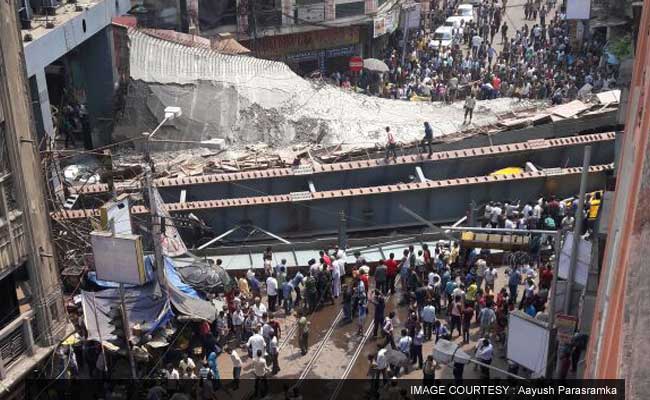 A 140-tonne crane brought to the scene was unable to lift a huge slab under which many people were feared trapped.

The 2-km flyover was coming up at Burrabazar, one of the oldest and most congested parts of the city.

"We heard a loud sound, like a bomb blast, and then saw a lot of smoke," said a resident. 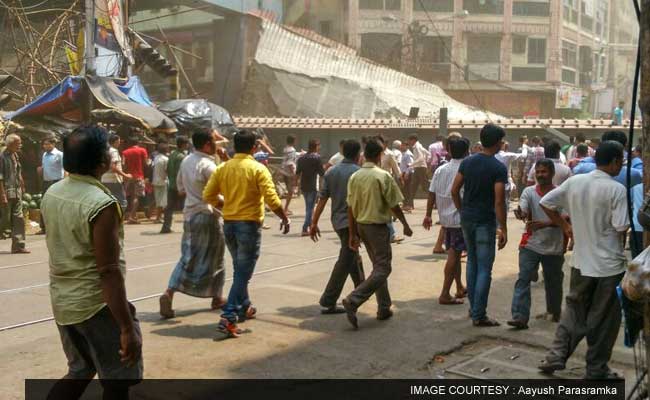 The bridge has been under construction since 2009 and has missed several deadlines for completion.