BS Yediyurappa recalled how his previous government in 2008 had planned an airport in Kalaburagi but was delayed by 11 years. 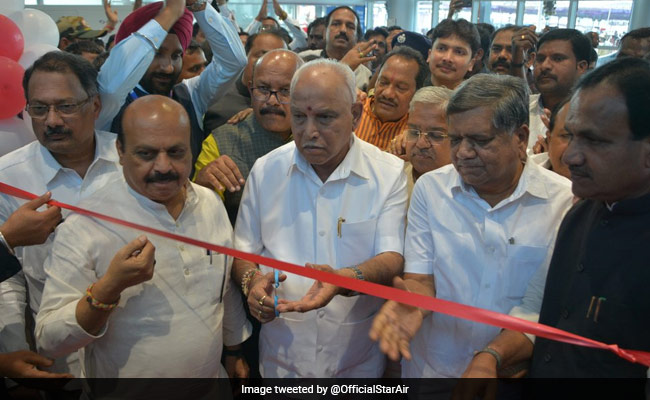 Spread over 740 acres, Kalaburagi airport has been built at a cost of Rs 230 crore

Kalaburagi, a backward district in Karnataka, found a spot in the country's aviation map today with Chief Minister BS Yediyurappa inaugurating a greenfield airport there.

It is aimed at catering to other neighboring districts in North Karnataka.

Mr Yediyurappa recalled how his previous government in 2008 had planned an airport in Kalaburagi but was delayed by 11 years.

The intention behind opening the airport in this part of Karnataka is to attract investments in Tier-2 and Tier 3 cities like Bidar, Hubballi, Dharwad, Kalaburagi, Yadgir, Raichur, Koppal, Ballari, Bagalkote, Belagavi, Bijapur, Gadag and Haveri, he said.

The Chief Minister said he was pretty sure that the infrastructure would improve the living standards of people as it will give thrust to trade, industrial and tourism activities and generate job for the residents.

The Kalyana Karnataka region (previously Hyderabad-Karnataka region) is among the most arid regions of India. Development of this region had become a mirage due to frequent droughts.

Of the 114 backward taluks of the state, 29 are in Kalyana Karnataka, Mr Yediyurappa told the gathering.