CTET 2018 result has been released on the official website and on CBSE's official result portal.

CBSE has released the result for CTET 2018 exam

CTET 2018 Result: Central Board of Secondary Education (CBSE) has released CTET 2018 result. The result is available on the official CTET website and also on the official CBSE result portal. Candidates who appeared for the CTET exam can check their result using their roll numbers. CTET or Central Teacher Eligibility Test is a qualifying criterion for teachers who wish to be recruited as teachers for primary and upper primary classes. CTET 2018 exam was conducted after a gap of two years. 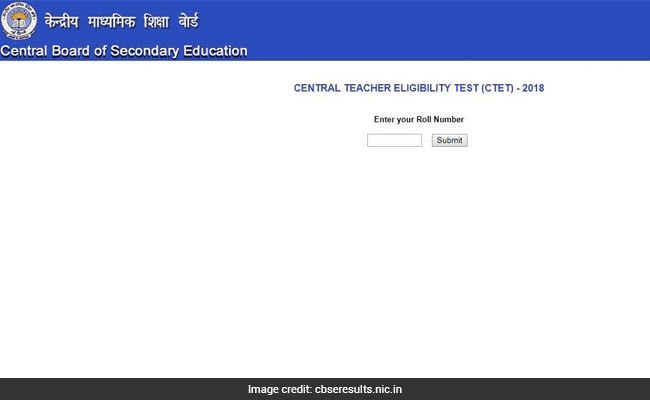 Step three: A new window will open. Enter your roll number in the space provided.

The CTET 2018 exam was conducted on December 9, 2018 and more than 16 lakh candidates had appeared for the exam. The exam was held at 2144 centres in 92 cities nationwide.

The answer key for the CTET 2018 exam was released on December 28, 2018. CBSE had also invited objections on the provisional answer key. The final result has been released after resolving the objections received. Candidates who have qualified CTET 2018 will be able to apply for Teacher Recruitment for primary and upper primary levels.

India Post To Recruit For 2,558 Posts In Chhattisgarh, Kerala