US President Donald Trump, who had continuously attacked the permit programme during his campaign, now seems sympathetic towards these young undocumented immigrants, also known as 'Dreamers' 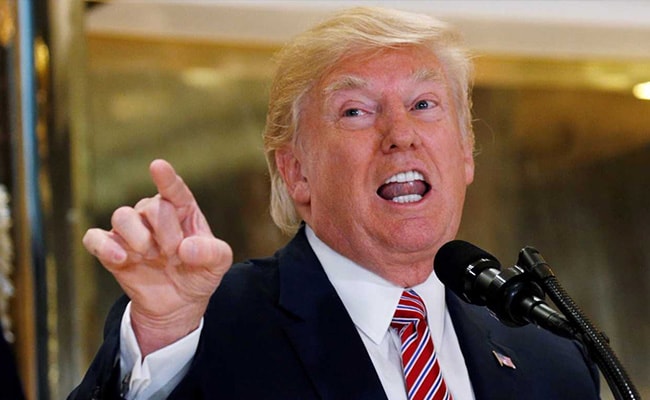 President Donald Trump has reportedly been advised to wind down the programme.

Washington: The dream could soon be over for lakhs of immigrants, brought illegally to the United States as children, who have been granted permission to stay and work in the US under the Deferred Action for Children Arrival (DACA), which was introduced by former President Barack Obama in June 2012.

India ranks 11th among countries of origin for DACA students, according to the US Citizenship and Immigration Services statistics available till March 31, 2017. The decision is likely to impact more than 7,000 Indian-Americans, says news agency Press trust of India citing a media report.

The programme was a key immigration reform of President Obama. Permits under DACA are granted for two years after which candidates can apply for renewal.

White House Press Secretary Sarah Sanders told reporters on Friday that Trump would take a decision on the issue tomorrow.

In an exclusive story, Politico, an American political journalism organisation, reported on Sunday that Trump has already decided to withdraw the programme and the administration is now discussing the rollout of his decision which could come later this week. However, senior administration officials have cautioned that there might be changes in Trump's decision until it is formally announced, the report said.

The White House has planned to delay the enforcement of the President's decision for six months, giving Congress a window to act, sources said.

This decision is expected to draw widespread criticism including from his own Republican party. In a radio interview Paul Ryan, Speaker of the US House of Representatives said that Trump should not terminate DACA as "these children know no other country than the US".

"I actually don't think he should do that. I believe that this is something that Congress has to fix," Mr Ryan said on radio station WCLO in Janesville, Wisconsin.

"Deporting patriotic, courageous young men and women who are American in every way would be disastrous for our communities, our economy and our nation," said Congresswoman Nancy Pelosi, Democratic leader in the US House of Representatives.

Former Democratic presidential hopeful Bernie Sanders also condemned the move, reports CNN. "If Trump decides to end DACA, it will be one of the ugliest and cruelest decisions ever made by a president in our modern history," the Vermont Senator tweeted on Sunday night.

Promoted
Listen to the latest songs, only on JioSaavn.com
In a study released last week, CATO Institute said that termination of DACA, which would result in possible deportation of these students could cost over USD 200 billion to the American economy and the cost to the government would be USD 60 billion. The average DACA recipient is 22 years old, employed, and a student. 17 per cent of them are on track to complete an advanced degree, the report added.