The UAE government has temporarily suspended travel using only the national identity cards of citizens of the UAE as part of a series of precautions to counter the coronavirus outbreak. 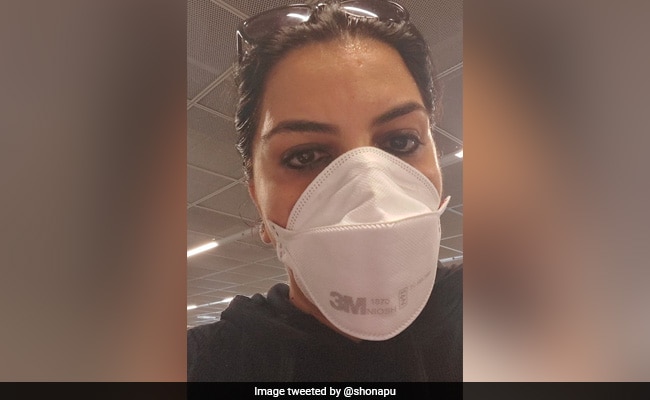 Priya Mehta travelled from the US to Frankfurt to catch a connecting flight to Dubai on July 4.

An Abu Dhabi-based Indian woman, who is stranded at Germany's Frankfurt International Airport for nearly four days due to incomplete papers, has appealed to authorities to let her back into the UAE, a media report said on Wednesday.

Priya Mehta, an advertising professional, travelled from the US' San Francisco International Airport to Frankfurt to catch a connecting flight to Dubai on July 4.

However, she was not allowed to board her flight as she did not have the Federal Authority for Identity and Citizenship (ICA) approvals, issued by the UAE, the Khaleej Times reported.

The UAE government has temporarily suspended travel using only the national identity cards of citizens of the UAE as part of a series of precautions to counter the coronavirus outbreak.

Ms Mehta claimed: "I was led to believe by the airlines - Lufthansa and United Airlines - that I do not need the ICA approvals anymore, especially since I have a residence visa".

She got the boarding passes for both destinations - Dubai and Frankfurt - from San Francisco.

"If I had known, I would have stayed back in the US. Both airlines gave me the assurance that I could fly (without the ICA approvals).

"When I reached Frankfurt, I was told that I cannot go ahead. I asked so many people... everyone said it was okay and Dubai was allowing residents back into the country," Ms Mehta said.

Now stuck in the airport, she has been sleeping on the seats and the floor of the waiting lounge, while making repeated attempts to get the ICA approvals.

"I have changed the dates of my tickets at least 13 times," she said.

Ms Mehta, the sole breadwinner of her family, travelled to California to take care of her ailing uncle and aunt.

"I have no relatives in the UAE and my dad lives in India. I need to get back to work," she said.

The company she works for has also sent a letter to the authorities in Frankfurt explaining her situation, and stating that she needs to resume work.

A representative of the Lufthansa Airlines told the Khaleej Times: "According to the booking, the reason for the boarding denial has been communicated and agreed by the passenger. Kindly note that we, as an airline, are unable to ignore travel restrictions introduced by a destination country."