The institute has hired The Rose Group, a San Diego-based international employment law and consulting firm, to investigate allegations, not yet made public, that were reported to the institute in February. 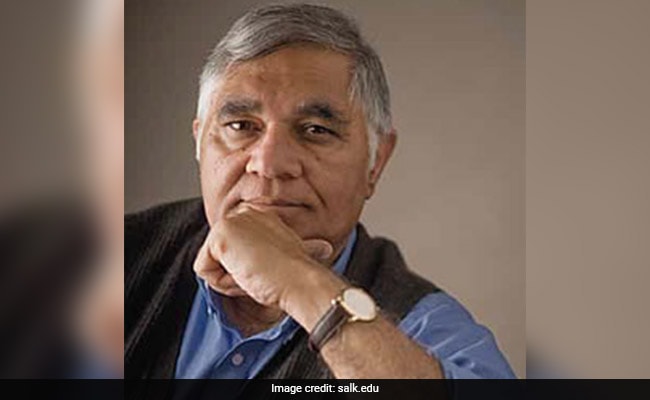 Inder Verma also on the boards of several Indian scientific institutes, has denied the allegations.

Washington: Indian-American scientist Inder Verma, considered as one of the world's leading authorities on gene therapy and cancer, has been placed on administrative leave following allegations of "inappropriate conduct" against him.

Mr Verma, 70, a scientist at the prestigious Salk Institute for Biological Studies in California, has been placed on administrative leave, pending the outcome of the investigation into the allegations against him.

The institute did not give any reason for suspending Mr Verma.

The institute has hired The Rose Group, a San Diego-based international employment law and consulting firm, to investigate allegations, not yet made public, that were reported to the institute in February.

Mr Verma, who is also on the boards of several Indian scientific institutes, has denied the allegations.

"Recently, the institute became aware of allegations concerning Inder Verma. Consistent with Salk's policies governing workplace conduct, the institute has undertaken a formal investigation that is being led by an independent outside party," Dan Lewis, chairman of the Salk Institute for Biological Studies said in a statement.

The action against Mr Verma comes nearly four months after he was placed on temporary leave as editor of the Proceedings of the National Academy of Sciences, a prestigious scientific journal.

The allegations of inappropriate conduct against Mr Verma were first reported by Science magazine, according to which last summer, three female Salk senior scientists sued the institute for gender discrimination calling it an "old boys club" that had systematically impeded their careers because they were women. The lawsuits are set to go to trial next December.

Mr Verma, who has denied the allegations, told the San Diego Union-Tribune that the leave had stemmed from the lawsuits that Salk professors filed against the Institute in July.

"I have never used my position at the Salk Institute to take advantage of others. I have also never engaged in any sort of intimate relationship with anyone affiliated with the Salk Institute, he said in a statement to Science through his attorney.

In 2005, he was appointed as foreign fellow by the Indian national Science Academy.
Comments
Inder VermaSalk Institute for Biological Studies