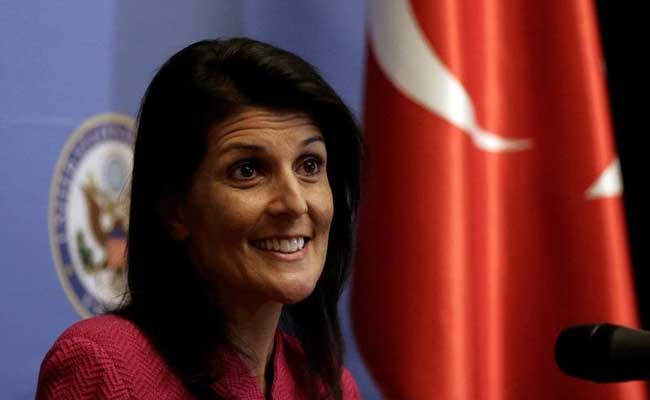 Washington: Five Indian-Americans, including four women, have figured in the 2017 Politico 50 list for their note-worthy contributions in the US politics.

Describing Ms Haley as "Trump's foreign policy good cop", the magazine said yesterday that the former South Carolina governor had quickly emerged as the security blanket that Republicans and even some Democrats can cling to when trying to grasp where the Trump administration stands on global affairs.

She is ranked at number 22.

"Haley's commitment to both her boss in the White House and a traditional foreign policy can sometimes induce cognitive dissonance. She is focused on human rights, sounding off on everything from Venezuela to South Sudan, but dismisses suggestions that Trump - who seems indifferent to the topic - doesn't care," the magazine said in its report.

Ms Haley, 45, is followed by Ms Verma at 26th spot as Administrator, center for Medicare and Medicaid Services.

She has been described as Medicaid rollback engineer.

"Now Verma leads a 6,500-person federal bureaucracy that oversees not just Obamacare but Medicare for seniors and Medicaid for the poor. She has promised more flexibility for states to experiment with new Medicaid approaches that would let them skirt federal requirements, and signalled a willingness to green-light policy ideas she helped shepherd in Indiana," the report said.

Under Ms Verma's oversight, Medicaid could look quite different, whether or not Obamacare remains the law of the land, it said.

Aparna Mathur, an economist at the American Enterprise Institute, is ranked 32 for making the conservative case for family leave.

"Katyal, the 47-year-old Chicago-born son of Indian immigrants, has drawn particular attention for arguing that Trump's order runs afoul of immigration laws on the books that determine whom the president can exclude from the country and how visas are issued," the report said.

"That approach gives judges a chance to block the ban without wading into the politically explosive question of Trump's motivation and whether the president aimed to discriminate on the basis of religion," it said.

She has been ranked at 42nd position.

Promoted
Listen to the latest songs, only on JioSaavn.com
"As head of OIRA, Rao will scrutinise all significant regulations the Trump administration proposes, ensuring that agencies stick to the White House's agenda. She is also responsible for implementing Trump's executive orders directing agencies to repeal two regulations for each significant one they issue, and to draw up plans for regulatory reform," the report said.

The list is topped by Steve Bannon, the former White House Chief Strategist and concludes with Paul Ryan, the Speaker of the US House of Representatives.
Comments
Nikki Haley2017 Politico 50 List