Gurjeet Singh Lall, 36, attacked Allan Isichei after the pair became involved in an argument over Mr Lall's spitting in the street. 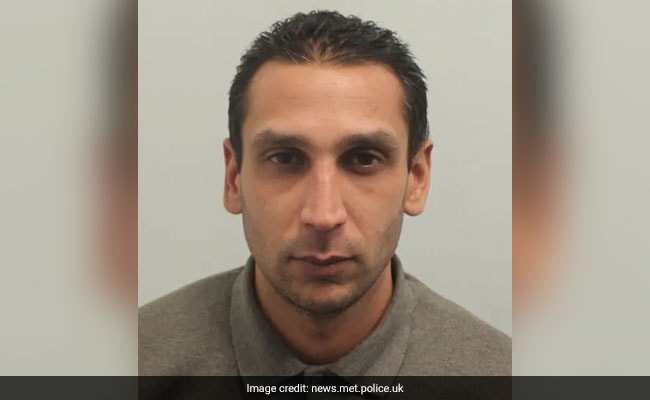 The pair fell into a brief verbal disagreement over Gurjeet Singh Lall's spitting in the street.

An Indian-origin man who fatally stabbed a 69-year-old man after a brief verbal row in west London has been found guilty of manslaughter by a UK court and will be sentenced in December.

Gurjeet Singh Lall, 36, attacked Allan Isichei after the pair became involved in an argument over Mr Lall's spitting in the street.

An Inner London Crown Court jury found him guilty of manslaughter by reason of diminished responsibility on Monday. The incident took place in Southall last year just as Mr Isichei was on his walk back home after a drink at his local pub in the area.

"It beggars belief that a man could go to his local pub for a quick drink on a Saturday evening and not return home, but that is the terrible reality that Mr Allan's family have been left with," said Detective Inspector Jamie Stevenson of the Metropolitan Police''s Specialist Crime division.

"There was no good reason for Mr Lall to have had a knife in his possession that day, and no good reason for him to use it. I am glad that he has been convicted and the jury rejected his claim that he was acting in self-defence," he said.

Mr Isichei had arrived at The Plough pub near his home on August 24 last year and enjoyed a beer and read his tablet in the beer garden before heading back home. Moments later he encountered Lall on his way at St. Mary''s Avenue South in Southall, where he was leaning against a wall.

The pair fell into a brief verbal disagreement over Mr Lall's spitting in the street. The court heard that words were exchanged and as Isichei walked away, Mr Lall spat on the ground again leading to a further argument. It was then that Mr Lall produced a knife and used it to stab Mr Isichei several times in an ensuing struggle.

Mr Isichei, who managed to disarm Lall and apparently not realising how badly he was injured, got up and walked down the street before staggering to a neighbour's address to ring the doorbell and seek help. Police and paramedics were called immediately and Mr Isichei was taken into an ambulance, but his condition deteriorated on the way and he died.

The victim was described as a larger than life character who was well-loved by his family, including several grandchildren, and was well-known and respected in his local community having lived in Southall for many years.

A post-mortem examination found that he had suffered multiple knife injuries, with cause of death given as an incised wound to the abdomen.

The Met Police traced Lall to his home address in the area after following a blood trail from injuries he sustained in the incident. He was initially arrested on suspicion of attempted murder and later charged with murder.

During his police interview, Mr Lall claimed in a prepared statement that he had been acting in self-defence. Following a review of Mr Lall's mental health, he was deemed fit to stand trial and he was subsequently convicted of manslaughter this week as the jury dismissed his self-defence argument.

"We have suffered from the tragic loss of our father, who was kind, generous and inspirational man to many. To see him described by his assailant as an aggressor just isn't who he was. He spent his time putting others before himself and the graphic camera footage shown in court clearly shows he was the victim of someone who chose to carry a knife," Mr Isichei's family said in a statement.

Mr Lall remains in custody and will be sentenced at a hearing in the same London court on December 14.