Travel Blogger Anjali Ryot was killed along with another German tourist in the crossfire, reports said. 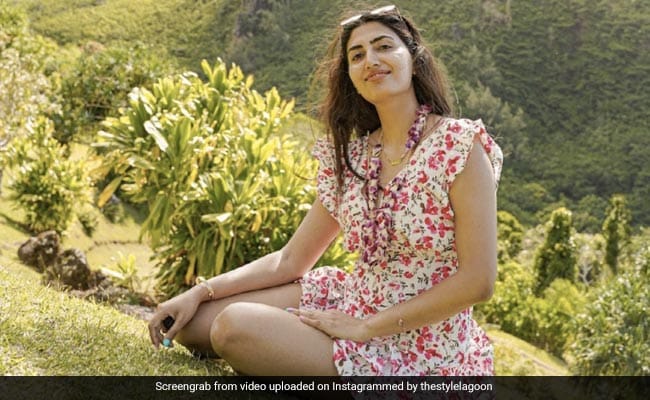 A 29-year-old California-based Indian-origin woman techie, who travelled to Mexico to celebrate her birthday, was one of the two foreign tourists killed in a shootout between two drug gangs in the Caribbean coast resort of Tulum, according to media reports.

Anjali Ryot was killed along with another German tourist on Wednesday night in the crossfire, Californianewstimes.com news portal reported.

Anjali and her husband Utkarsh Shrivastava had gone to Mexico to celebrate her 30th birthday on October 22 from their current home at San Jose city in California, her father, KD Ryot, told PTI from his home in Himachal Pradesh.

Mr Shrivastava informed her younger brother Ashish, who currently lives in Chicago, that she was shot dead in the Caribbean coast resort of Tulum soon after they had taken ice cream from a stall following their dinner, he added.

Ashish informed the family in India about the tragedy on October 21.

Anjali has been working as a Senior Site Reliability Engineer on LinkedIn since July. She was previously employed by Yahoo, the Californianewstimes.com report said.

The incident happened when Anjali and four other foreign tourists were dining on the terrace of La Malquerida restaurant when four men armed with assault rifles fired at an adjoining table in the premises around 10:30 pm, the Spanish newspaper El Pais reported.

The stray bullets hit the foreigners. Anjali and the German woman were killed, while the three others -- from Germany and the Netherlands -- were wounded. Authorities point to a confrontation between rival organised crime gangs. Anjali and her friends were just the collateral victims, it said.

The fight was between two rival groups that operate drug sales in the area, the Quintana Roo state prosecutor's office said in a statement.

Several drug cartels operate in the Mexican state, which is known for a lucrative retail drug market and as a landing spot for drug shipments, the Associated Press reported from Mexico City.

Meanwhile, Anjali's brother Ashish Ryot has asked the mayor of Tulum to speed up the procedures to be able to repatriate her body, the El Pais report said.

Ashish urged the authorities for help so that his visa was approved and he could enter Mexico to take his sister's body back to India for her last rites.

Her father recalled that she had spent three-four months with them in Solan last year after the coronavirus outbreak and left for California thereafter.

Anjali had come to Mumbai from California to do a diploma related to the film industry, he said.

She had gone to California in 2012 to do her masters in electronics from San Jose State University after completing her B Tech from Jaypee University of Information Technology (JUIT), Waknaghat.

Her Facebook account mentioned that she did her schooling from St Luke's in Solan and Sacred Heart High School in Dharamshala.

Her Facebook account stated that she was also a former teaching assistant at San Jose State University.

Anjali was fond of travelling and was a travel blogger, her father added.

Efforts are on to bring her body to Solan for the last rites, he said.

Hailing from Jabalpur in Madhya Pradesh, her husband Utkarsh currently works as senior manager with Netflix.