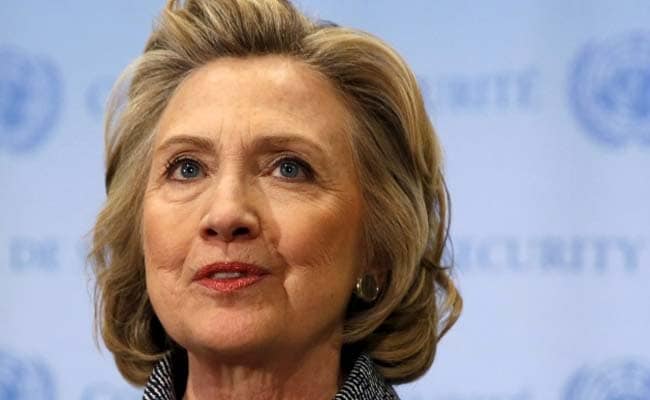 Making her second presidential run, Hillary Clinton has set up a three person team of senior policy advisers headed by Indian-American Maya Harris, a former senior fellow at the Center for American Progress.

The team will help develop an agenda for her presidential campaign that would be unfolded in a series of policy rollouts expected to begin late next month after her early phase of road trips to meet voters, Politico reported.

Two others on the policy team are Ann O'Leary, a former legislative director to Clinton when she was in the Senate; and Jake Sullivan, a top aide to Clinton while she was Secretary of State and a former national security adviser to Vice President Joe Biden.

Besides the policy team, Clinton is also likely to keep getting informal advice from another Indian-American Neera Tanden, the current president of CAP and a longtime adviser.

Clinton's campaign chairman, John Podesta headed President Barack Obama's executive action agenda until earlier this year and was the founder of the CAP.

Harris, 46, has a background in human rights, having served as Vice President of Democracy, Rights and Justice at the Ford Foundation, where she led a team that promoted effective governance, democracy and human rights around the world.

She is the younger sister of Kamala Harris, California's first Indian-American-African attorney general who is now running for Senate.

Their mother, Shyamala Gopalan Harris, a cancer researcher who came to the US from Chennai in 1960, is of Indian descent while their father is from Jamaica.

Harris received her bachelor's degree from the University of California at Berkeley and graduated with distinction from Stanford Law School.

At age 29, Harris was recruited to serve as dean and chief executive officer of Lincoln Law School of San Jose making her one of the country's youngest law school deans.

Promoted
Listen to the latest songs, only on JioSaavn.com
Harris later served as executive director of the American Civil Liberties Union, or ACLU, of Northern California, where she led the litigation, public education, advocacy, and organizing efforts of the nation's largest ACLU affiliate.