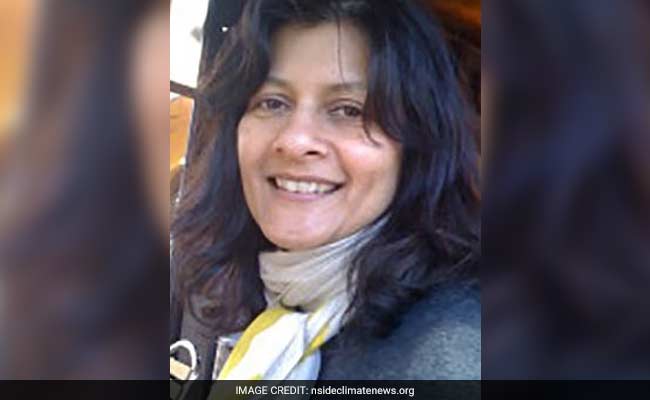 Neela Banerjee and three of her colleagues from Inside Climate News were presented with the prestigious Edgar A Poe award.

Washington: An Indian-American journalist was felicitated today by US President Barack Obama and the First Lady Michelle as she and her colleagues were presented with a prestigious award during the annual White House Correspondents Dinner in Washington.

Neela Banerjee and three of her colleagues from Inside Climate News - John Cushman Jr, David Hasemyer and Lisa Song - were presented with the prestigious Edgar A Poe award.

A Washington DC-based journalist Ms Banerjee, before joining Inside Climate News, was energy and environmental reporter for the Los Angeles Times' Washington bureau. She covered global energy, the Iraq War and other issues with The New York Times.

A graduate of Yale University, she also served as a Moscow correspondent with The Wall Street Journal.

The award was shared by Terrence McCoy of the Washington Post, who explored the issue of lead poisoning among poor black children in Baltimore after Freddie Gray died in custody in a high-profile case of alleged police abuse.

"As early as 1977, scientists at energy and oil giant Exxon Corporation told top executives that fossil fuel emissions were warming the planet. Over time, however, Exxon became a leader in denying climate change and argued that the science was inclusive," the judges wrote.

"The story prompted the New York Attorney General to issue a subpoena to force Exxon to disclose records in order to determine if it committed fraud under state law," the judges said.

Misha Euceph, a Pakistani radio journalist from Rawalpindi was among the 18 budding journalists selected for WHCA annual scholarship. She was also felicitated by the US President and the First Lady.

Ms Euceph, is the recipient of a USD 5,000 grant through the WHCA to help finance a post-graduate degree for a student in the Government and Public Affairs reporting track.

Among the judges for journalism awards included Indian-American Indira Somani, an Assistant Professor of Journalism at the School of Communications, Howard University in Washington, DC where she teaches broadcast journalism courses.