Daman Shrivastav said food is everyone's right and everybody should have access to food and times like these remind him of his own sufferings. 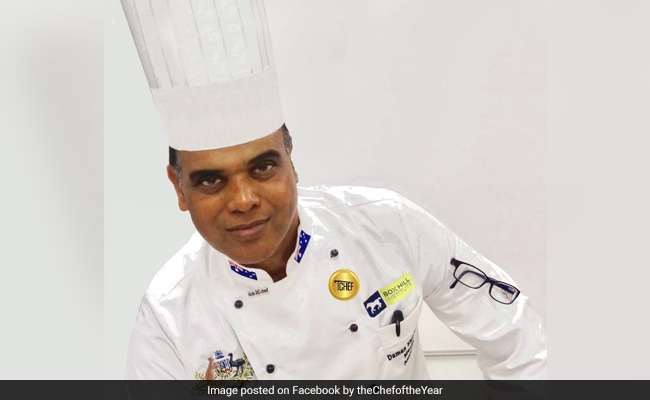 Daman Shrivastav said he would continue the initiative even after the pandemic is over.

An Indian-origin chef in Australia has been tirelessly working to deliver free food to the homeless and needy people, including international students, ever since the coronavirus pandemic broke out and is now raising funds for a food truck to enable him to deliver meals to them.

Melbourne-based Daman Shrivastav, 54, who grew up in Delhi and made his way to Australia after working in the Middle East for a while in the 1990s, said his drive to feed the homeless is not a new thing for him as he did similar work in Iraq during the Gulf War.

"This pandemic may not be like the Gulf War, but the stories of people trapped inside and scared to go out remain the same. The situation is more or less the same as people have lost jobs and thousands of livelihoods have been affected," he said.

Daman Shrivastav said food is everyone's right and everybody should have access to food and times like these remind him of his own sufferings.

"I have seen poverty. I have been homeless in Australia for a couple of days during my early days here. The feeling, which I had experienced that time, prompted me to take this initiative to reach out to the needy people," he said.

Daman Shrivastav, who had fed hundreds of people for free in Baghdad during the Gulf War, is now doing the same in Melbourne for those who cannot afford to buy their own food amid the pandemic.

He is also feeding international students, many of whom are finding it hard to sustain in an alien country in this time of crisis.

Daman Shrivastav prepares the meals in his humble home kitchen and delivers them around the city in his car.

"I used to cook 150 meals a day in my home kitchen with my wife and daughter when the pandemic broke out and distributed them to the homeless in my car," he said.

However, with the information about his initiative now spreading fast through media and word-of-mouth, Daman Shrivastav said he is getting a lot of support from the locals who want to join the cause.

"There is a lot of support out there coming on board with me and I have been receiving calls from people who want to participate in this initiative. In fact, a local council here has offered us their community kitchen to prepare meals, given the kind of space it needs," he said.

Daman Shrivastav has also set up an online page to raise funds for a food truck to deliver free meals.

Daman Shrivastav said he would continue the initiative even after the pandemic is over.