Priyanka Gandhi Vadra had on Monday slammed Yogi Adityanath over his remark that 75 % workers returning to UP from Mumbai are infected, questioning the math. 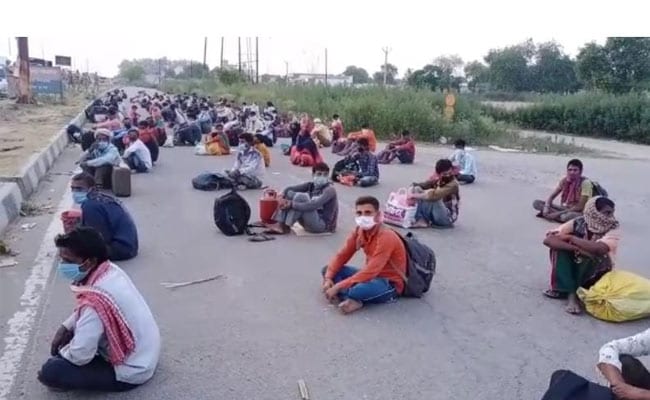 Most migrant workers returning to UP are Dalits or belong to "backward castes", Congress said (File)

The Congress on Tuesday accused Uttar Pradesh Chief Minister Yogi Adityanath of targeting Dalits by saying that a large proportion of migrant workers returning to the state are infected with coronavirus.

Congress general secretary Priyanka Gandhi Vadra had on Monday slammed Yogi Adityanath over his remark that 75 per cent of UP workers returning from Mumbai are infected, questioning the math.

In a video clip, Yogi Adityanath was also heard saying that 50 per cent of workers returning from Delhi have coronavirus and 25-30 per cent from other states are similarly infected.

He said most migrant workers are Dalits or belong to "backward castes".

"This statement by the chief minister would send a message among people that they are bringing the disease with them. This amounts to conspiring against Dalits and the backwards," Mr Punia said.

She said according to the government, a little above 6,000 people have tested positive for coronavirus in the state. But going by what Yogi Adityanath has said, the figure should be 10 lakh.

Priyanka Gandhi had made a similar point on Twitter.

Ms Misra said if there is any truth in the chief minister's claim, the government needs to undertake testing with transparency and tell people about its preparedness to deal with the situation.

Mr Punia also attacked the government for the arrest of Uttar Pradesh Congress Committee president Ajay Kumar Lallu, claiming he has been punished for serving the poor labourers.

"The Yogi government is doing injustice to our leader and this will not be tolerated," he said.

Mr Lallu was charged with cheating and forgery over a list of buses provide by the Congress to bring migrant workers home.

The UP government had claimed that a large number of buses listed by the Congress lacked insurance papers and fitness certificates.

Several registration numbers in the list were not even buses, it had said during the row with the Congress.

Over Trolls' "I Will Return' Remark", BJP's Devendra Fadnavis's Revenge Is...