During the proceedings, which went for over an hour, senior advocate H S Phoolka, appearing for the DJB, said that Haryana should be directed to release more water in river Yamuna and it should be asked to treat the water being supplied to the national capital. 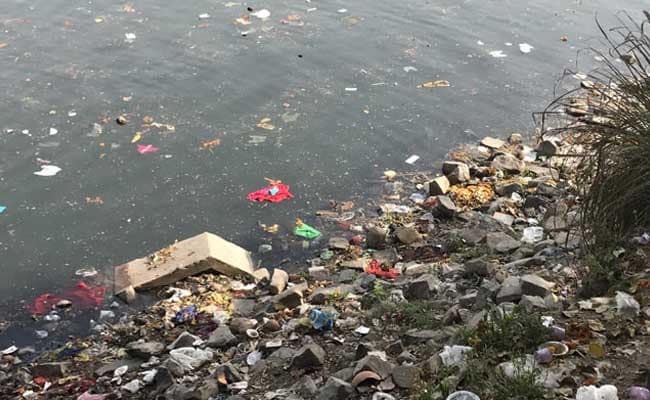 The tribunal had directed the CPCB to analyse the samples of Yamuna water. (File)

New Delhi: The National Green Tribunal today slammed the Delhi Jal Board (DJB) over its submission that Haryana was responsible for the high levels of ammonia in the Yamuna water being provided to the national capital and observed that the river has been reduced to a sewer line in the city.

Asking the DJB what it has done to clean the Yamuna water, a bench headed by Justice Jawad Rahim made it clear to the body that it was only concerned with the pollution in the river and would not go into the issue of water sharing dispute between the two states.

"Why are you picking up things here and there? We are only concerned with the pollution in Yamuna. You are coming up with a new plea each time. We are interested in the entire stretch of river Yamuna and not confined to segments. We are not going to compartmentalise the Yamuna as it is all one ecosystem.

"You want Haryana to give you more water for dilution of the pollutants in the river but show us what have you done. Yamuna in your territory has become a sewer line," the bench observed.

During the proceedings, which went for over an hour, senior advocate H S Phoolka, appearing for the DJB, said that Haryana should be directed to release more water in river Yamuna and it should be asked to treat the water being supplied to the national capital.

He said there was serious scarcity of the water in the national capital for drinking purposes and an immediate direction should be given to all the industries which are causing pollution in river Yamuna either in Haryana or Delhi.

The counsel for the Haryana government, however, opposed the submission and said the DJB should increase the capacity of water treatment plants instead of playing the blame game.

He alleged that he DJB has not complied with the tribunal's order as its chief secretary has not participated in the meeting to resolve the issue.

The hearing remained inconclusive and will continue on March 9.

Earlier, the tribunal had directed the Haryana government to submit an action plan to address the issue of ammonia and other pollutants in river Yamuna.

The green panel had asked it to file an affidavit stating short and long term measures which it proposes to combat the pollution in the river.

The NGT had directed the Delhi and Haryana governments to identify and address the sources of pollution in river Yamuna.

It had also ordered Delhi and Haryana governments to hold a meeting to resolve the issue of high ammonia content in the water being provided to the national capital.

The Delhi Jal Board (DJB) had moved a plea in the tribunal plea alleging high ammonia in water being provided by the Haryana government to Delhi.

The Central Pollution Control Board (CPCB) had submitted its analysis report of ammonia at Tajewala in Haryana, Wazirabad water treatment plant, Okhla and ITO barrage in Delhi.

Acting on concerns over the health of the people of Delhi, the tribunal had directed the CPCB to analyse the samples of Yamuna water at the four points on DJB's plea alleging high ammonia content in the water being provided by Haryana to Delhi.

While the DJB had alleged that Haryana was supplying "poisoned sewage water" to the national capital which had 2.6 parts per million of ammonia, the counsel for Haryana had refuted the contention and said there was no breach of any agreement.

The DJB, which supplies water to the city, had approached the tribunal demanding that Haryana be asked to take urgent steps to check the "dangerous level of ammonia" in river Yamuna.

Claiming that the water being released by the state was so polluted that it cannot be treated for drinking, the DJB had said it may cause "a huge and irreparable loss to the citizens of Delhi and has a potential for a grave health crisis and water crisis in the National Capital Region (NCR)."