Woman, Daughter Set Themselves On Fire In UP, 3 Cops Suspended

Former chief minister and Samajwadi Party chief Akhilesh Yadav accused the Yogi Adityanath government for not addressing the concerns of the poor. 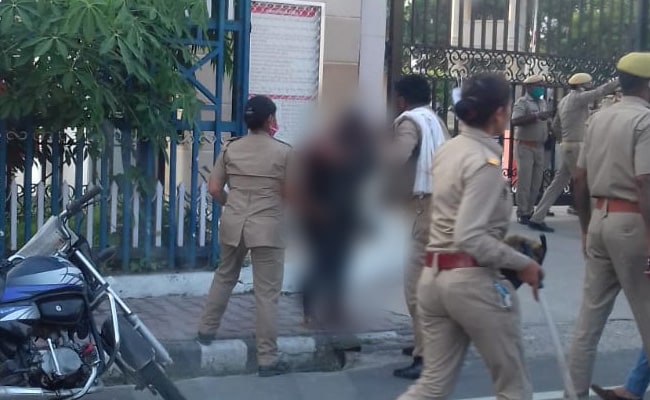 The woman, daughter set themselves on fire on a road in Uttar Pradesh's capital Lucknow.

"Two women attempted self-immolation near Lok Bhavan. One woman was saved by police, the other woman is in critical condition. They will also be tested for COVID-19," Naveen Arora, Joint Police Commissioner (Law & Order), said.

The women alleged they were being intimidated and threatened in a dispute over a drain with their neighbour at their village in Amethi's Jamo area. They said the police did not take any action on their complaints and were colluding with the other party to harass them.

The police station in-charge of the area where their village falls has been suspended.

"On May 9, the woman and her neighbour had a fight over a dispute over a drain. Both the parties filed FIRs in the case. We have suspended two officers. A detailed inquiry has been ordered," Superintendent of Police, Amethi, Khyati Garg, said.

Former chief minister and Samajwadi Party chief Akhilesh Yadav accused the Yogi Adityanath government for not addressing the concerns of the poor. "There is sad news in front of Lok Bhavan in Lucknow that two women have committed self-immolation due to no action against the bullies. The SP had built the Lok Bhavan so that the general public can go there for redressal of their grievances without discrimination, but there is no hearing for the poor in this BJP government, he tweeted.

Bahujan Samaj Party chief Mayawati, in a tweet, asked the state government to take action against the officers involved in the case.

"The mother and daughter were forced to commit self-immolation in front of the CM office in Lucknow due to lack of justice from the Amethi district administration in the land dispute case. The UP government should take this incident seriously and give justice to the victim and take strict action against the negligent officers so that such incidents do not happen again," Mayawati tweeted in Hindi.