34-year-old Jagruti Hogale was on her way to a weekend getaway to Jawhar with friends on Sunday morning when the accident took place. 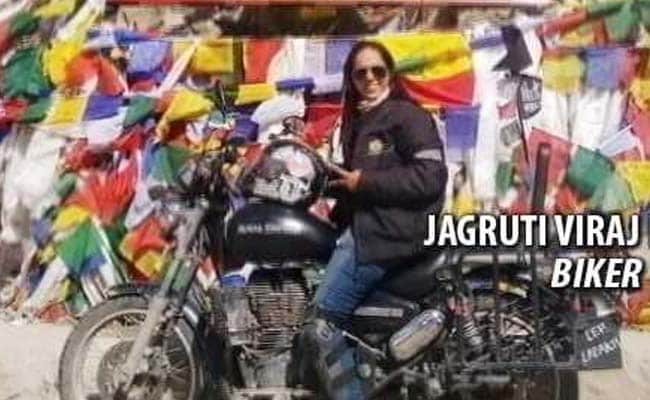 Jagruti Hogale was on her way to a weekend getaway to Jawhar when the accident took place.

Mumbai: Potholes were not the reason for the death of the woman motorcycle-rider who died on Jawhar-Dahanu road in the Palghar district near Mumbai on Sunday, Maharashtra Public Works Minister Chandrakant Patil has claimed.

"The road on which she was riding was water-logged and had become muddy and slippery. Her motorcycle slipped and she fell down. A truck which was behind hit her, killing her instantly. The accident did not take place due to potholes," he told reporters in the legislative complex.

According to reports, 34-year-old Jagruti Hogale was killed on Sunday after she hit a pothole on the national highway near Mumbai and was crushed by a truck. Ms Hogale, the mother of an eight-year-old boy, was a member of the women-only bikers' club, "The Bikerni".

A resident of Mumbai's Bandra, Ms Hogale was on her way to a weekend getaway to Jawhar with friends on Sunday morning when the accident took place, say the police.

Around 9 am at Palghar district around 70 km from Mumbai, Ms Hogale tried to overtake a truck. It was raining heavily and she apparently could not see a deep pothole in time. As she swerved to avoid it, she was thrown off her bike. The police say she was crushed under the rear wheel of the truck she had overtaken.

Her friends were just behind her on their bikes. By the time they caught up, she was dead, the police say. 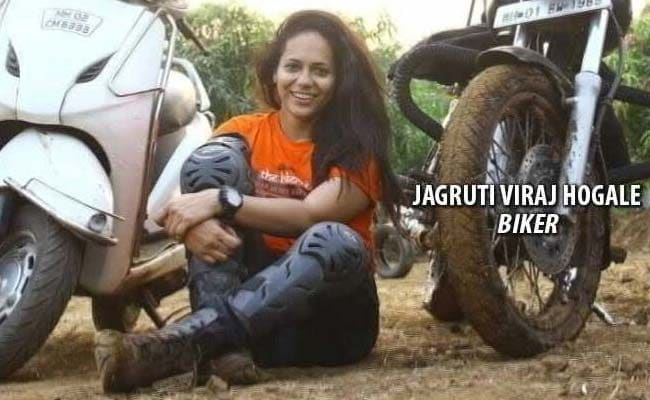 Jagruti Viraj Hogale, the mother of an 8-year-old boy, was a member of the women-only bikers' club, "The Bikerni".

The tragedy coincides with public anger over potholes in Mumbai's roads. The recurring problem is being debated intensely after celebrity radio jockey Malishka's parody video on bad roads appeared to have earned her a notice for mosquito-breeding and verbal attacks from indignant corporators of the Shiv Sena, which has controlled Mumbai's civic body BMC for decades.

Shiv Sena leader Aditya Thackeray, asked today about the pothole-related accident near Mumbai, said: "We are working on it, there will be action on potholes."

A witness from the village next to the accident spot said there had been numerous complaints to civic bodies about the poor state of the road, but no one had bothered.

This is the fourth death this year due to vehicles hitting potholes on the Jawhar-Dahanu road, police said. On July 4, an 18-year-old boy was killed when he lost control of his motorcycle while trying to avoid a pothole at Bhiwandi Naka.

Promoted
Listen to the latest songs, only on JioSaavn.com
Meanwhile, Mr Patil said that he had instructed officials of the PWD department to repair all potholes on roads leading to the Konkan region ahead of Ganesh festival. "All roads leading to Konkan will be clear of potholes before August 5," he said.