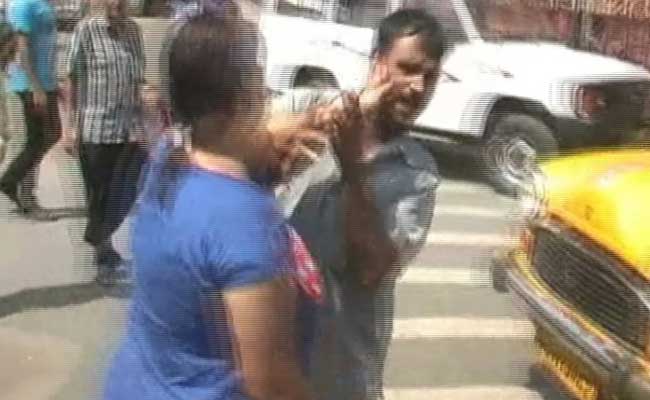 A woman today slapped a taxi driver in front of Howrah Station because he allegedly made an indecent proposal to her.

The incident took place around noon, in full public glare.

The next thing bystanders saw was the woman, screaming, drag out the taxi driver and then slap him at least half a dozen times.

Bystanders did not intervene, but a policeman did, asking what had happened. After the woman explained the matter, the policeman took her and the taxi driver, Vinod Yadav, to the Golabari police station, where a case was filed against him.

He was booked for "criminal intimidation or to impute, unchastity to a woman" and "word, gesture or act intended to insult the modesty of a woman". If convicted, he can be jailed for up to eight years.

The driver is currently in police lock up, being questioned. He will be produced in court tomorrow.

Promoted
Listen to the latest songs, only on JioSaavn.com
Asked what he had told the woman, Yadav, on his way to the police station said, "Nothing".

Asked why she attacked the taxi driver, the woman said, "I attacked him because of what he said".