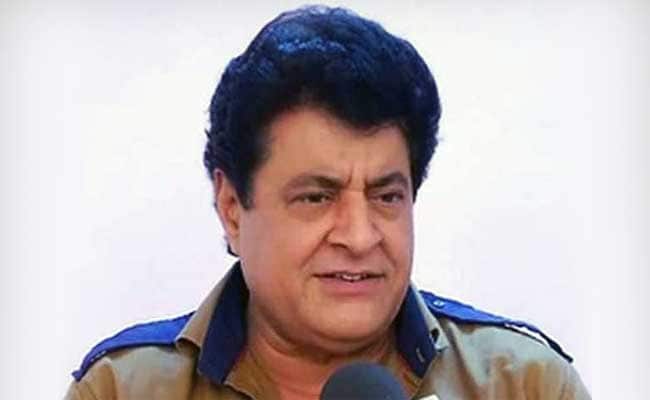 New Delhi: In response to an RTI query, the Information and Broadcasting Ministry has said that Gajendra Chauhan - who was appointed by the government as the chief of the Film and Television Institute of India, was selected on the basis of a one-para CV. It also suggests that the only notable achievement Mr Chauhan mentioned on the document was that of playing the role of Yudhisthir in the TV serial Mahabharat.

"Gajendra Chauhan is an actor who is best known for his portrayal of the eldest Pandava 'Yudhishthir' in the Mahabharat (TV series). He has worked in around 150 movies and over 600 TV serials," the RTI noting said.

The RTI applicant had sought information regarding the educational and professional qualifications of Gajendra Chauhan, and the basis on which he was considered for his selection as President, Film and Television Institute of India, among other queries.

Mr Chauhan has been appointed President of FTII Society and Chairman of its Governing Council by the NDA government.

The 281-page record provided by the Ministry includes details of resumes of others who were proposed for the post of FTII President. The only reference to Mr Chauhan's qualification is a one paragraph summary.

These names were proposed by the FTII for the post of President in 2014, the notings received under the Right to Information Act show.

Apart from the single paragraph file noting, which spoke of Mr Chauhan's portrayal of Yudhishthir and the number of films and serials he has acted in, the Ministry did not provide any details of his body of work or his CV that were considered ahead of his appointment as FTII chief.

Though the applicant had also sought copies of all the reasons recorded for Mr Chauhan's selection, the information provided by the Ministry does not show any reasons in defence of his controversial appointment as the FTII President. The Ministry was also silent on why he was preferred above the doyens of Indian cinema whose names were once proposed by FTII for appointment as its chief.

Several eminent actors including Anupam Kher, Rishi Kapoor, Ranbir Kapoor, Salman Khan among others have come out in support of the agitating students of FTII and openly opposed Mr Chauhan's appointment.

The students, who have paralysed the functioning of the prestigious institute for over 40 days now, have also received support from Congress Vice-President Rahul Gandhi and Swaraj Abhiyan leader Yogendra Yadav who have visited the campus.

However, the NDA government has stuck to its guns and refused to remove Mr Chauhan.

FTII students' association (FSA) has declared that the strike will continue till their main demand for removal of Mr Chauhan, who they allege lacks vision and stature to head the institution, and reconstitution of FTII Society is accepted.