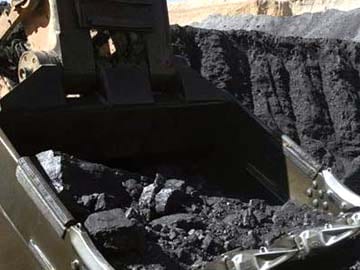 New Delhi: The Supreme Court is expected to give its verdict today on 218 coal blocks it declared illegal in August, saying that allocations since 1993 by different governments were made arbitrarily.

A bench headed by Chief Justice RM Lodha had stopped short of cancelling the allocations.

The court said coal blocks were allotted to private companies through an "ad-hoc and casual" approach "without application of mind". It said, "Common good and public interest suffered heavily in the unfair distribution of the national wealth - coal - which is king and paramount Lord of industry."

The government has told the court that Rs 2 lakh crore has been invested in these coal blocks. Coal miners and power producers argued that a huge investment is at stake and the allotments should be taken up case by case.

The government has asked the court to exempt nearly 40 coal blocks that have either started production or are near it, but left the decision to the judges.

Shutting down these 40 coal blocks could exacerbate the country's power crisis caused by a shortage of coal, the government has said. But of the 40 shortlisted, 18 supply coal to power plants which together generate only 5 per cent of India's power.

Promoted
Listen to the latest songs, only on JioSaavn.com
The government's top lawyer, Attorney General Mukul Rohatgi, had told judges that the government is open to re-auctioning the coal blocks.

The allotment of coal blocks to steel, cement and power companies without an auction process has been at the centre of the so-called "Coalgate" scandal, estimated in a 2012 audit report to have cost the exchequer as much as $33 billion or Rs 1.86 lakh crore.