On the calls for eviction of minorities from railway land at Haldwani, a member of the commission will visit the site shortly, National Commission for Minorities (NCM) chairperson Iqbal Singh Lalpura said 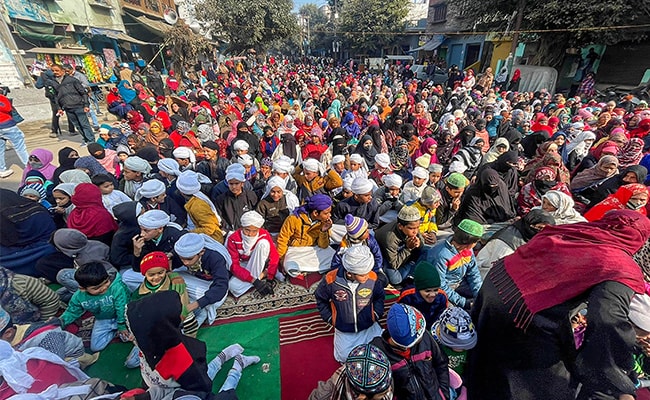 The National Commission for Minorities (NCM) has taken cognisance of the alleged encroachment of a railway land in Uttarakhand's Haldwani, with panel chairperson Iqbal Singh Lalpura saying on Wednesday that a member will soon be sent there to ensure that no injustice is done to those living in the area.

His remarks came days after the Supreme Court stayed the Uttarakhand High Court's order for removal of encroachments from 29 acres of land claimed by the railways in Haldwani, calling it a "human issue" and saying 50,000 people cannot be uprooted overnight.

Regarding the calls for eviction of minorities from the railway land at Haldwani, the NCM has taken cognisance of the matter and a member of the commission will visit the site shortly, Lalpura told a press conference here.

"In Haldwani, there is a railway land and people have been living there for years. The Supreme Court has given directions that they should not be removed without being given a place to stay elsewhere. Our commission member will go there, speak with the people and ensure that they are provided an alternative place," he said.

People belonging to minority communities are also there and the panel will ensure that injustice is not done to them, Lalpura added.

According to the Indian Railways, there are 4,365 encroachers on the land. Nearly 50,000 people, a majority of them Muslims, belonging to more than 4,000 families reside on the disputed land.

The Supreme Court has issued notices to the railways and the Uttarakhand government, seeking their responses to a batch of pleas challenging the high court order for removal of encroachments.

Lalpura said the NCM has also taken suo-motu cognisance of the eviction of Sikhs living in Latifpura and Jalandhar, who have been evicted without being given any shelter. The NCM has sought an immediate report from the Punjab chief secretary in the matter, he added.

Lalpura also said the NCM has sought information from nine states regarding the compensation given to the victims of the 1984 anti-Sikh riots.

"Five states have given the information. The chief ministers of the remaining four states -- Jharkhand, Jammu and Kashmir, Odisha and Uttarakhand -- have been reminded to send it urgently," he said.

Lalpura said the commission has raised the issue of "deceitful conversions" with the Punjab government, which will submit a report to it in a month's time.

The NCM chief also lauded Prime Minister Narendra Modi for deciding that December 26 will be observed as "Veer Bal Diwas" in recognition of the supreme sacrifice of the four "sahibzadas of Guru Gobind Singh".

He said this was the "biggest martyrdom" against forced conversion.