When In New York: Priyanka Chopra Is 'Twinning' With Nicole Kidman. See Pics

After completing the promotional duties of Baywatch, Priyanka Chopra is catching up with celebrities like Nicole Kidman and Kendall Jenner in New York 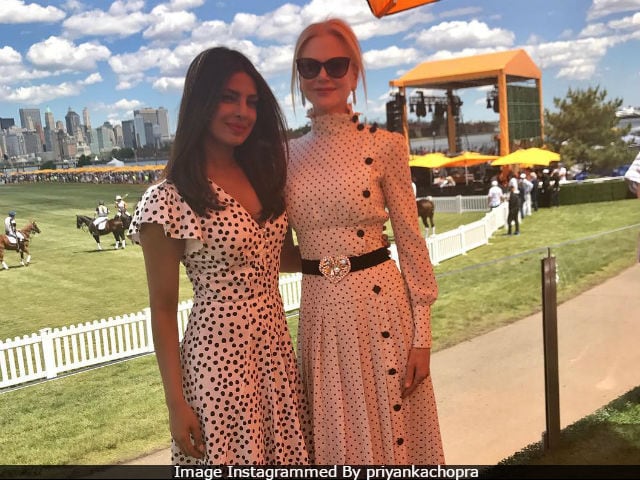 New Delhi: After completing the promotional duties of Baywatch in London, actress Priyanka Chopra, whom we've all but lost to Hollywood, is catching up with celebrities like Nicole Kidman and Kendall Jenner, Keri Russell and Kate Mara in New York for a polo match. Priyanka updated us about her schedule in New York on Instagram, where she is seen 'twinning' with Nicole Kidman on a 'perfect New York afternoon.' The 34-year-old actress looks stunning in a white dress with black polka dots. Over the week, Priyanka promoted Baywatch, her maiden Hollywood film in Berlin (Germany) and later in London. She stars as the prime antagonist Victoria Leeds in the Seth Gordon-directed film, also starring Dwayne 'The Rock' Johnson and Zac Efron.

Here are pictures of Priyanka Chopra's date with the 'lovely ladies.'

We got the memo.. lol @nicolekidman #twinning

Priyanka opted for a black hat to perfectly accentuate her look. 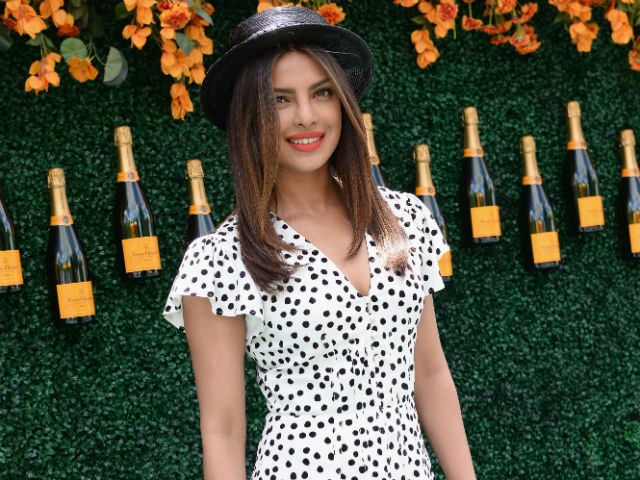 Baywatch released in US two weeks back while in India, it the theatres last week. In both the countries, the film failed to impress the critics. In India, the Day 1 collection of Baywatch was reportedly over Rs 1 crore.

Meanwhile, after Baywatch, Priyanka now wants to play a superhero on screen. In an interview to OK magazine, the actress revealed that she feature as a Batgirl now. "But my dream part is, now that I'm working in America, I definitely want to do a superhero part. When I think of American movies, they've had superheroes for aeons right? So I definitely want to play a superhero and I want to have an interesting super power. I don't know. Batgirl would be so cool."