Dangal's Zaira Wasim Trolled. 'What Are We Coming To,' Tweets Omar Abdullah 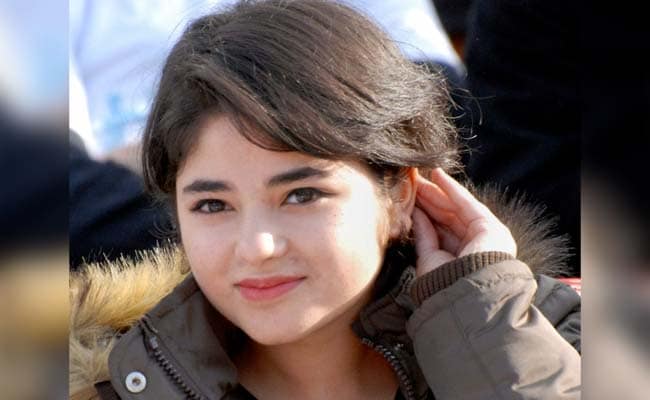 In a tweet, Mr Abdullah said, "A 16 year old shouldn't be forced to apologise & that too allegedly for meeting @MehboobaMufti. What are we coming to!!!!!"

Poet and scriptwriter Javed Akhtar too, came out in her support, tweeting:

Those who shout AZADI from the roof tops don't give an iota of AZADI to others .Poor Zaira Waseem had to apologies for her success Shame !!

The teen actor, who is from Jammu and Kashmir, had met Ms Mufti over the weekend with her parents, discussing her education, career and experiences while filming Dangal.  But after a backlash on social media, she apologised in a Facebook post which she later removed.

The post read: "I hope people still remember that I'm a just a 16 year old girl and I hope you treat me accordingly. I'm sorry for what I did but it was not a deliberate decision and I really hope people can forgive me."

The post received comments like "This profile is fake" and "Why are you meeting culprits instead of victims".

In a second post on Facebook, Ms Wasim referred to the first, saying she had "no idea why this has become such a big issue". "I just wanted to make sure that I did not hurt anyone's feelings and all of a sudden it has been turned into national news," she added.

@zairawasim Time for real DANGAL dear girl...giving up will make you side with SINNERS Of HUMANITY

Dear @zairawasim I Don't Think U Need Any Confession To Anybody, You Have All The Rights To Live Your Life The way You Want.....

Ms Wasim, who has already been cast in Aamir Khan's next movie, "Superstar" had played Geeta, the elder daughter of Aamir Khan's character, Mahavir Singh Phogat in Dangal.

Dangal is the true story of how Mr Phogat, a former wrestler, trained his daughters Geeta and Babita, who went on to bring medals for India.