Speculations that the actor might join party has been rife after BJP's Anirban Ganguly went to meet him and gave book ''Amit Shah and the March of BJP'' authored by him. 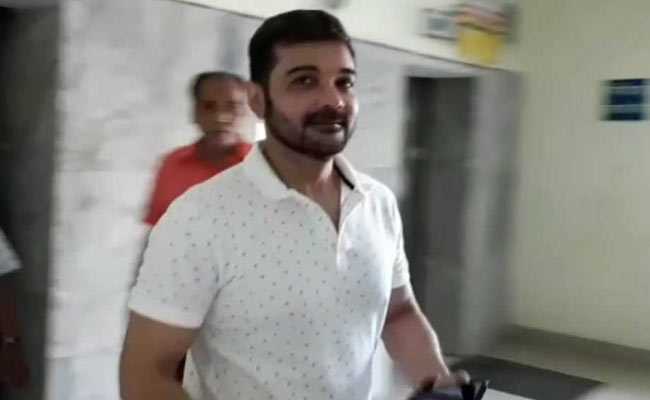 Prosenjit Chatterjee said he wants to stay focussed in his acting career.

Bengali film icon Prosenjit Chatterjee on Wednesday scorched rumours of his joining BJP, while his colleague in the industry Yash Dasgupta and several other actors joined the saffron camp before the West Bengal assembly poll.

Mr Chatterjee said he wants to stay focussed in his acting career.

Speculations that Mr Chatterjee might join BJP has been rife for the past few days after senior BJP leader Anirban Ganguly went to meet the national award-winning actor and handed him a copy of a book ''Amit Shah and the March of BJP'' authored by him.

The BJP had termed the meeting between Mr Chatterjee and Mr Ganguly as "interesting and insightful".

Mr Chatterjee said in a tweet, "As a Bengali, it's in our culture to greet and welcome our guests. I have played host to many in the past and from varied Industries and Profession. I love and respect their views, but at the same time, I have my own."

He continued, "There is no political inclination nor agenda apart from meeting and greeting Dr Ganguly. I stay focused on what I know best-Acting."

Mr Dasgupta along with a few other actors of the Bengali film industry joined the saffron camp during the day. He is considered to be a close friend of TMC MP and actor Nusrat Jahan.

"BJP has always given opportunities to the youth. We all have to work for a change for the better," Mr Dasgupta said at a press meet held on the occasion.

"Today that I have joined BJP does not mean I will start saying bad things about Chief Minister Mamata Banerjee. I had informed her about my decision and sought her blessings before joining the saffron camp," he said.

More youths should join politics for the sake of the country, said Mr Dasgupta, who has acted in films like ''Total Dadgiri'', ''Fidaa'', ''Mon Jaane Na''.

Papia Adhikari, Soumili Ghosh Biswas and Tramila Bhattacharya are among others who joined BJP.

Since TMC came to power in 2011 the Tollygunge film industry had become close to it with noted actors, directors, producers rubbing shoulders with its leaders and attending various party programmes.

But when BJP emerged as a prime challenger after bagging 18 of the 42 Lok Sabha seats in the state, the Bengali film industry witnessed winds of change with several actors and actresses joining the party in the last two years.