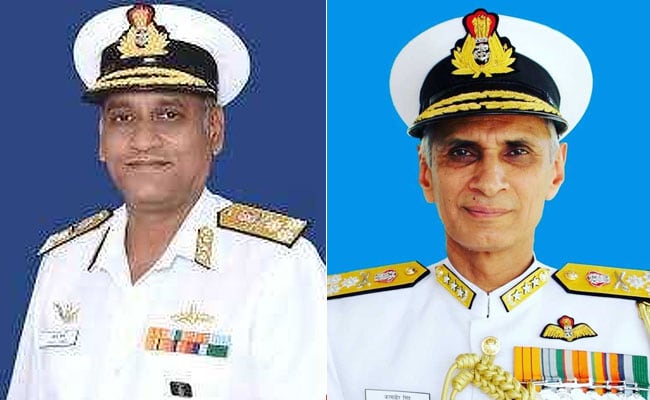 Vice Admiral Bimal Verma has withdrawn his petition challenging the appointment of Vice Admiral Karambir Singh as the next Navy Chief after he was asked by the Armed Forces tribunal to file a statutory complaint to the Defence Ministry under the Navy Act.

Admiral Verma is free to approach the tribunal again if his appeal is not addressed.

Represented by his daughter Rhea Verma and senior counsel Ankur Chibber, Admiral Verma asked the judges to order the government to address his concerns in a time-bound manner since the incumbent Navy Chief, Admiral Sunil Lanba, retires on May 31 at which stage Vice Admiral Karambir Singh is stipulated to take over.

However, the judges at the Armed Forces Tribunal refused his request, stating that they do not act as advisers to the government of India.

Judges of the Armed Forces Tribunal today asked the government counsel whether the Appointments Committee of Parliament could legally re-examine the appointment of Vice Admiral Karambir Singh on the basis of a complaint filed by Vice Admiral Verma.

The government counsel said this was possible. Based on this statement, the judges asked Admiral Verma to follow due procedure before approaching the tribunal for justice. The judges did not rule that this was an extraordinary case that required an immediate legal remedy.

Lawyers representing Vice Admiral Verma, who was not present in court, had earlier argued that any appeal made to Defence Minister Nirmala Sitharaman would not be effective since the minister is not empowered to overrule the Appointments Committee of the Cabinet.

Admiral Bimal Verma is presently serving as the Commander of the Port Blair-based Andaman and Nicobar tri-services command.

This is the second time that the present government has ignored seniority as the basis to appoint a Service Chief. In 2016, General Bipin Rawat was appointed Army Chief even though he was junior to two other officers.