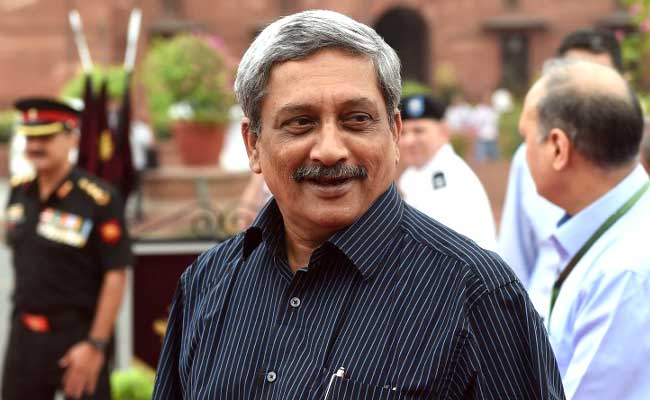 Defence Minister Manohar Parrikar is expected to visit the US this fall. (AFP File Photo)

Washington, United States: The US has supported India's entry into the Missile Technology Control Regime (MTCR) that would enable it to share sensitive missile technologies like armed drone with New Delhi.

"The US side affirms its support for India's membership in the Missile Technology Control Regime at its upcoming plenary, the Nuclear Suppliers Group, and in the other global nonproliferation export control regimes," said a joint statement issued at the conclusion of the India-US Strategic and Commercial Dialogue at the State Department yesterday.

Early this year, India had formally applied for the membership of MTCR, a club of 34 countries that controls trade in missile and space technology.

A membership of MTCR would bring India closer to technology control regimes that it had fought and worked around for decades to build its missile and space programmes.

The next plenary of MTCR is schedule to held now. Building on the conclusion of their 10-year Defence Framework Agreement, both sides expressed satisfaction with progress on Defence Technology and Trade Initiative pathfinder projects, including the establishment of the Working Groups on Aircraft Carrier Technology and Jet Engine, and the growing cooperation between US and Indian defence industries through the 'Make in India' initiative.

Defence Minister Manohar Parrikar is expected to visit the US this fall.

Honoring the memory of victims of terrorism from around the globe, including citizens of India and the US on 26/11 and on 9/11, the two sides resolved to deepen cooperation to prevent terrorism, endorsing a Joint Declaration on Combating Terrorism to expand their partnership, it said.