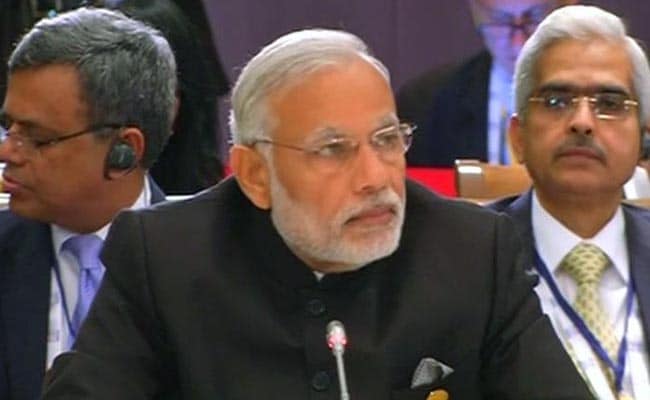 Antalya: Condemning strongly the terrorist attack in Paris, India today made a case for united global effort to combat the menace of terrorism.

"We stand united in strongly condemning the dreadful acts of terrorism in Paris... The entire humanity must stand together as one against terrorism. The need for a united global effort to combat terrorism has never been more urgent," Prime Minister Narendra Modi said at the meeting of the BRICS leaders on the sidelines of the G20 Summit.

India, which takes over the Chairmanship of BRICS from February 1, 2016, will accord priority to combating terrorism, he said.

In the worst ever terror attacks by ISIS in Paris on November 13, at least 129 people were killed and 352 injured, many in critical condition.

Combating terrorism, PM Modi said, "must also be a priority for BRICS nations".