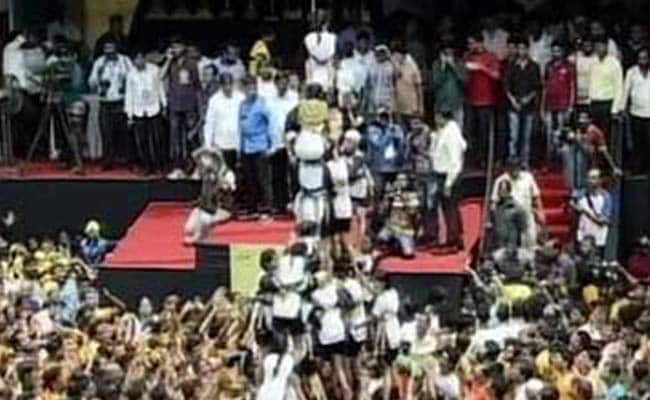 Mumbai: A Govinda mandal, which features in the Guinness Book of World Records for making the tallest human pyramid, has decided to return the appreciation certificate to the President as a mark of protest over the caps imposed by the Supreme Court on Dahi Handi ritual.

Last week, the Supreme Court said young men below 18 years of age cannot participate in the popular ritual, part of Janmashtami festival, in Maharashtra and the height of the human pyramid cannot exceed 20 feet, a limit fixed by the Bombay High Court.

"We are very disappointed with the the Supreme Court order on human pyramid. The Supreme Court has finished the charm of this game and the festival as well. There is no point to keep the record (Guinness certificate) with us. We have decided to return it to the President," said Sandeep Dhawle, a trainer with the 17-year-old mandal (group), on Tuesday.

This group, which has 540 Govindas in its fold, had broken Spain's record of 39.27 feet high human pyramid by forming 43.79 feet structure with nine levels in August 2012 in adjoining Thane.

Sandeep said, "We have decided to return our Guinness World Record Certificate to the President as keeping it makes no sense for us. But first we are going to see the result of a petition filed against the ruling.

Promoted
Listen to the latest songs, only on JioSaavn.com
"We have pinned our hope on the fresh petition. But if Supreme Court does not lift the ban, we would return our certificate."

Dahi Handi entails forming tall human pyramids of youngsters to break an earthen pot filled with curd and other items, which tied at a height. Prizes running into lakhs are offered for breaking the pot, making the ritual a big draw in Maharashtra, especially Mumbai.

'He Opened Fire At Children': On Camera, Bihar Minister's Son Beaten Up